We had another early morning rise today. Why, you ask? Because we had plans to have breakfast with the Pope. Well, not quite, but you get the idea.

We took the bus to the Vatican area, turned around the corner, and were greeted by the stunning image of St Peter’s Basilicia.

It truly is something to see! Because we were there so early, there was hardly anyone in the streets or in the square. We quickly went through the security process and walked to the Vatican museum. Here, a line was already forming, but our fancy tickets allowed us in right away. We were escorted through the main entrance and taken in a garden area where we were served an American style breakfast.

Once 8am hit, we were free to start exploring the museum early. It’s hard for me to really even begin to describe the wealth, detail, and extravagance of this place. It’s stunning in every direction you look and every single artefact there. Each room has ridiculously detailed painted ceilings that were so beautiful! I can’t even imagine what those artists would think of our world today. 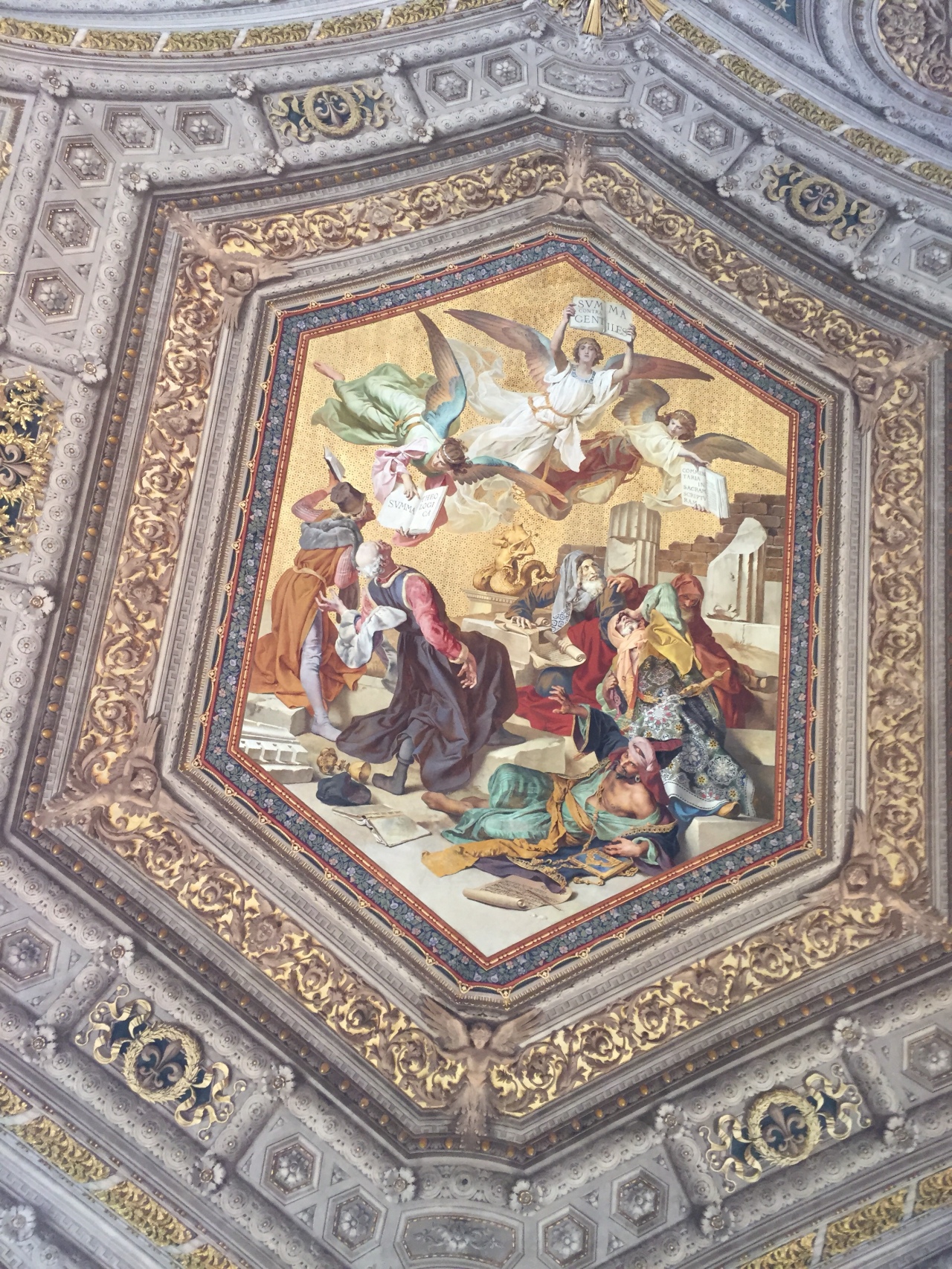 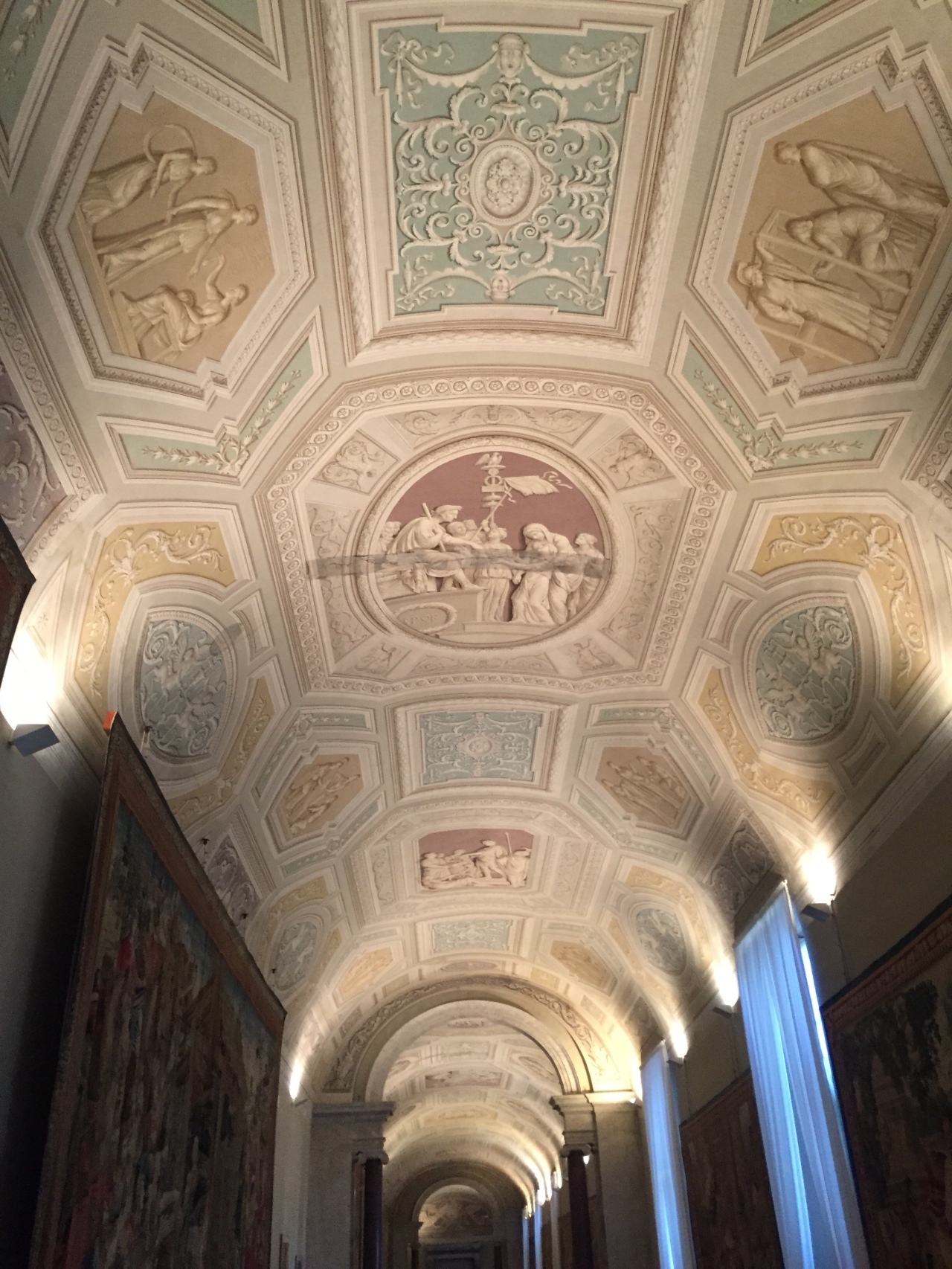 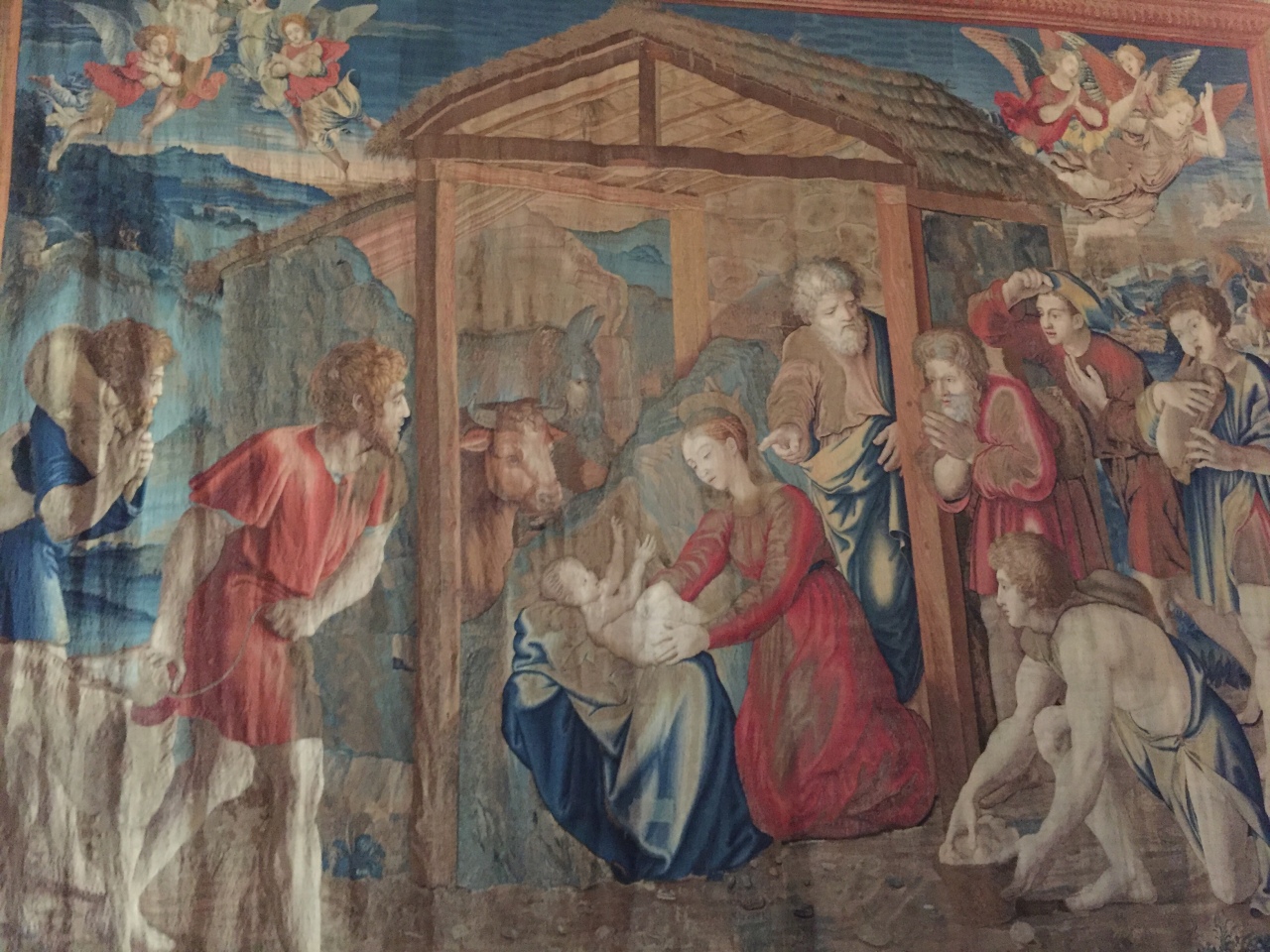 Probably my favourite hall in the museum was the Gallery of Maps. It was commissioned by Pope Gregory XIII, and it took the artist Danti three years to paint 40 panels in the 120m long hall. It’s said that these maps are 80% accurate. At the end of the hall are two maps labeled ancient Italy and modern Italy. 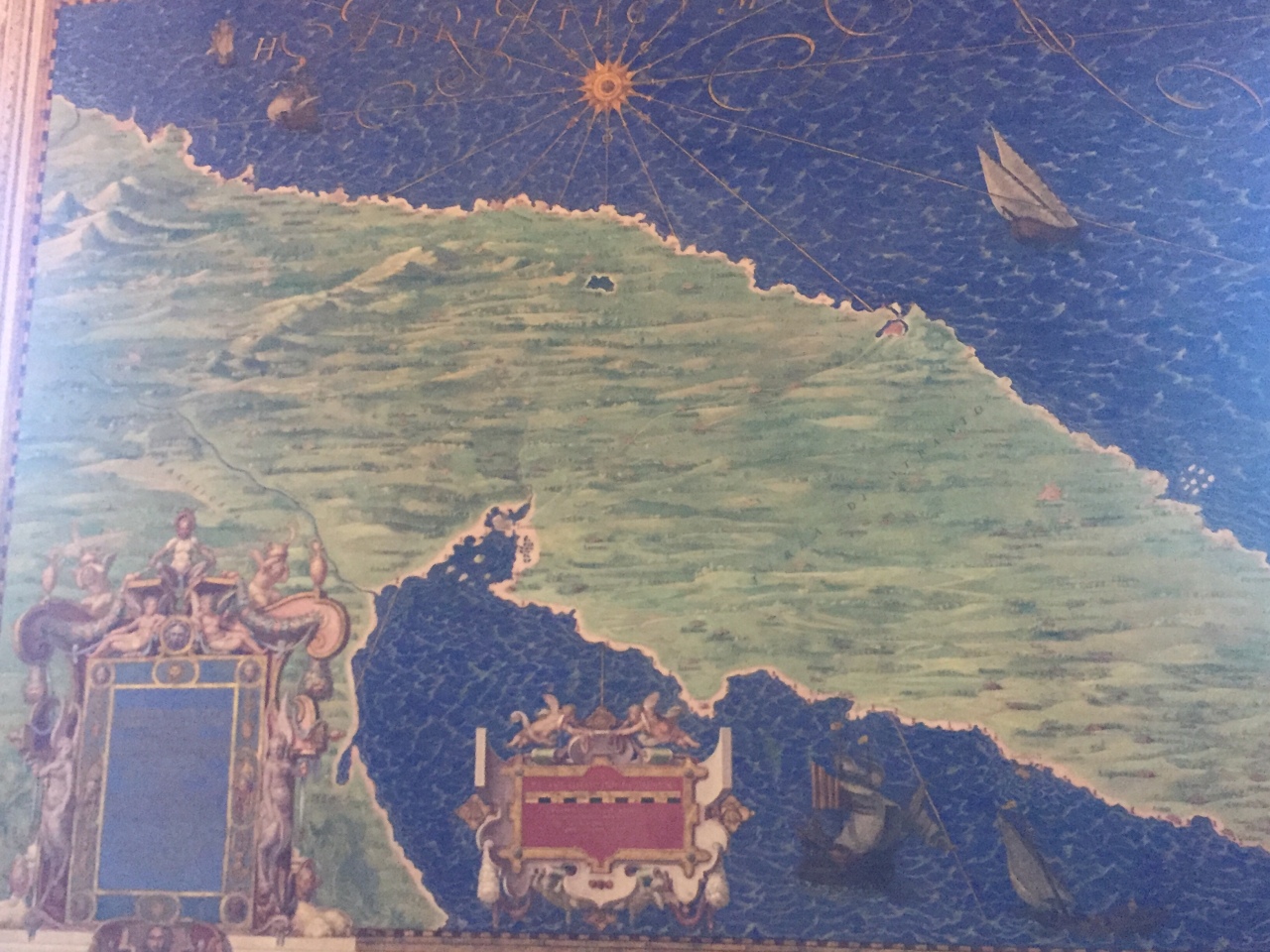 Another impressive series of rooms were the Raphael Rooms. Pope Julius II commissioned a then young Raphael to decorate four rooms to outdo his predecessor. The first composition was the Disputation of the Holy Sacrament in 1509, where he created an image of the church both on earth and in heaven. 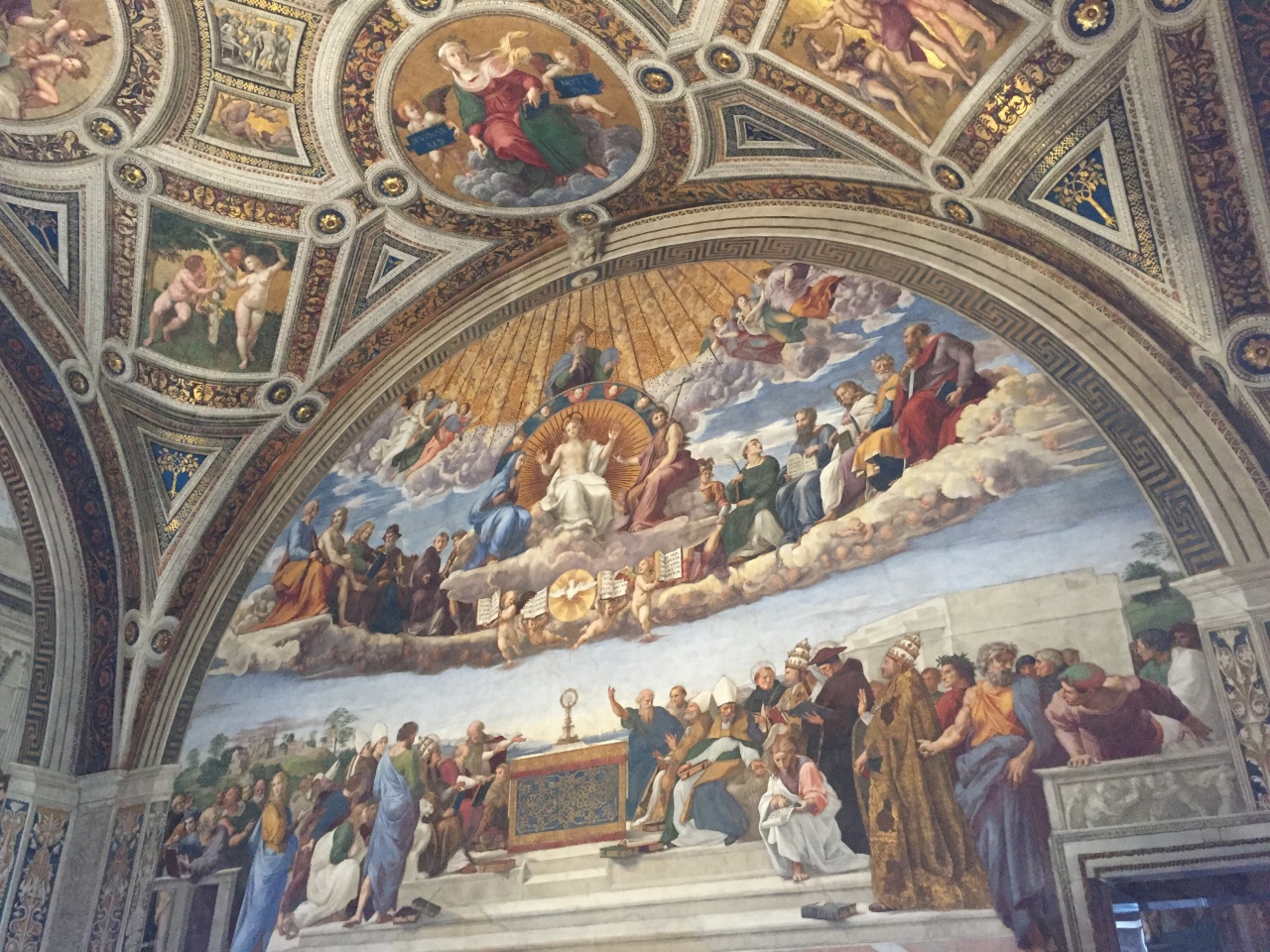 A particularly impressive fresco by Raphael was one called The Deliverance of Peter completed in 1514. Apparently, the fresco itself is a beautiful imagery of light and advanced techniques back in the day, to show reflections, and the natural vs manmade light. 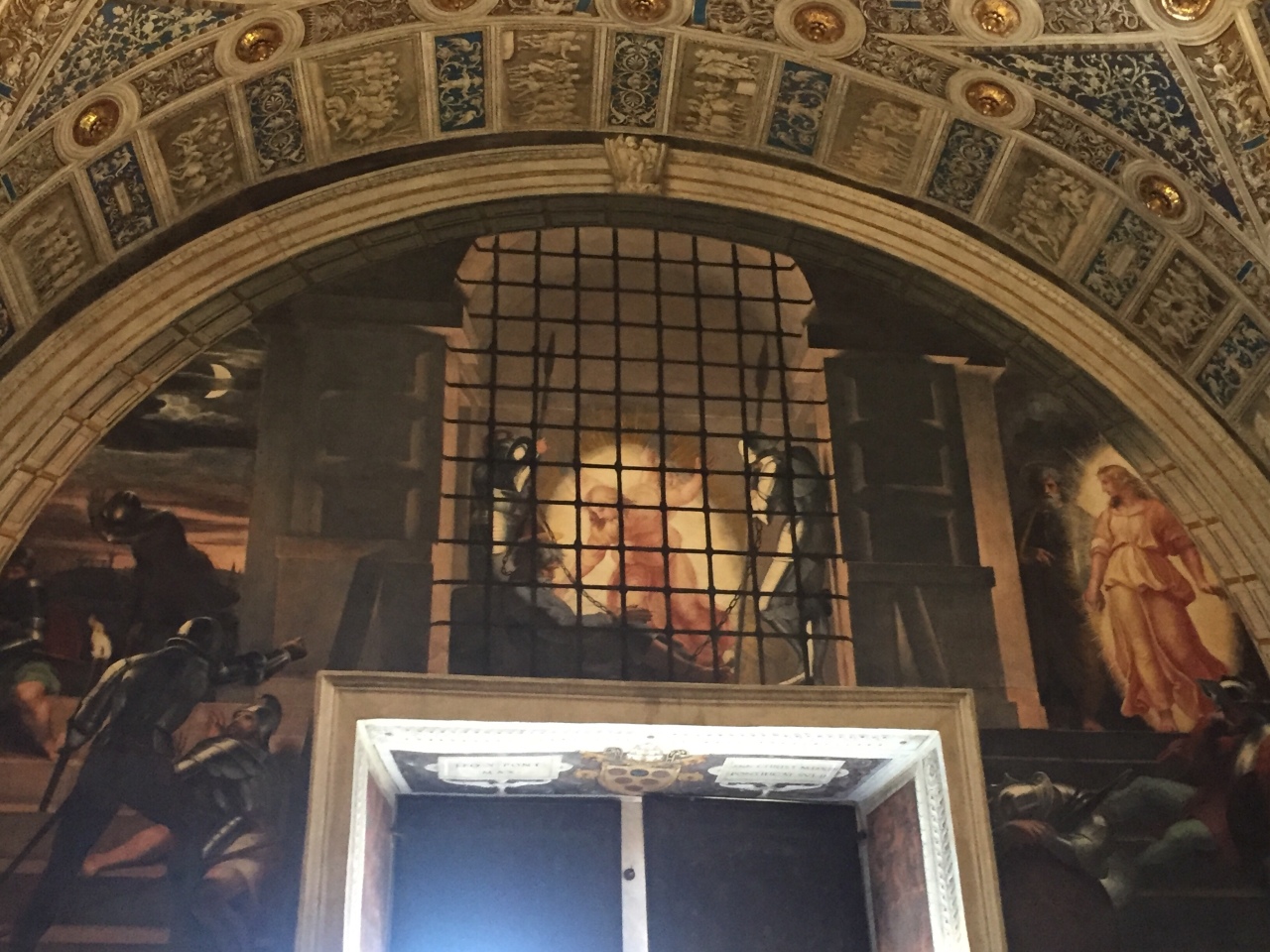 Of course though, the most impressive part of the museum was the Sistine Chapel. It’s famous for Michelangelo’s 4 year project, where he beautifully combined the Renaissance spirit and a new direction of hope. Unfortunately, we weren’t allowed to take photographs, so you’ll have to go see it for yourself. Rest assured it’s well worth it!

Here are a few other random and iconic photos from our day in the museum. 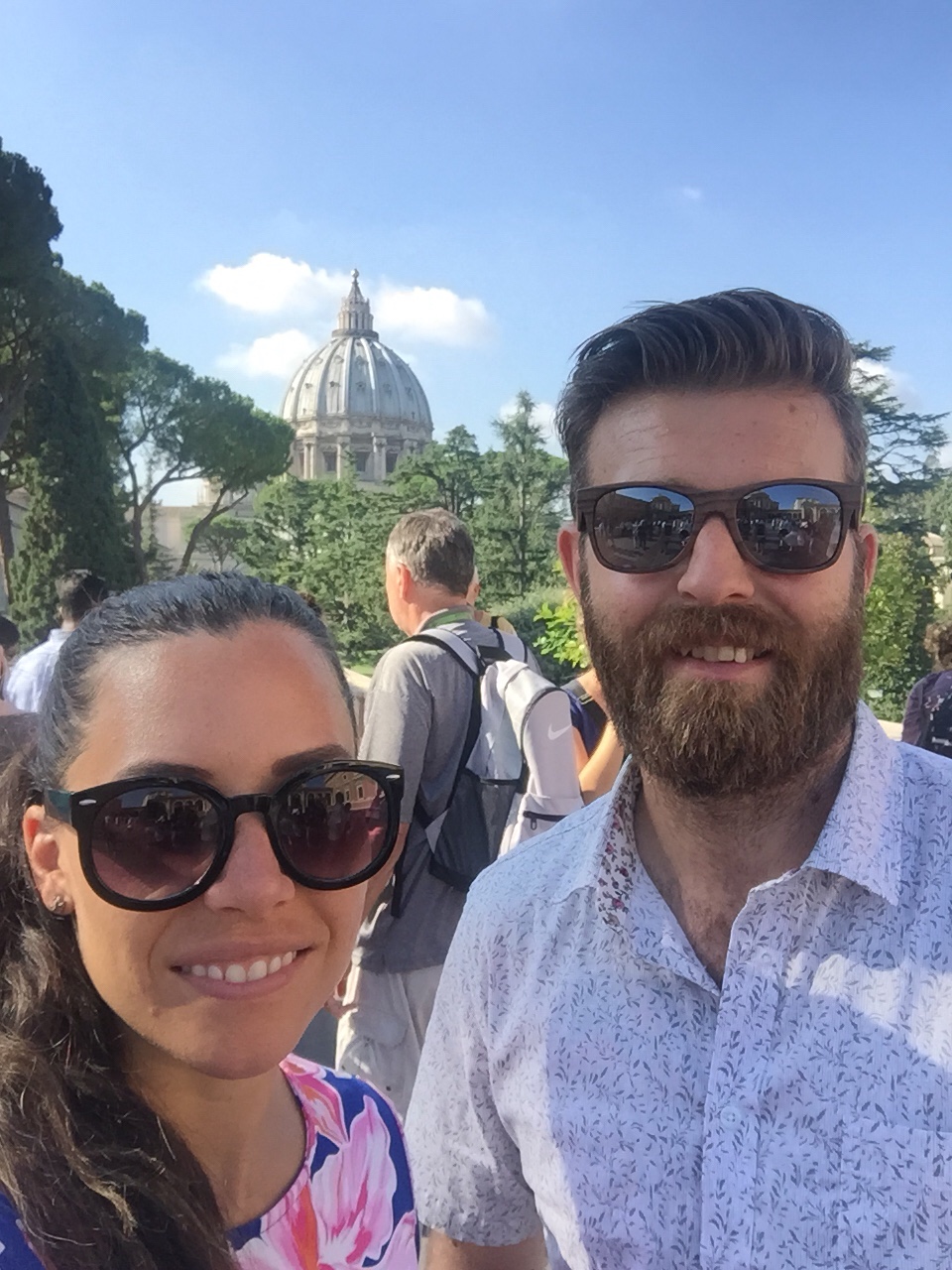 It was really both surprising and impressive to see these museums. I’m still trying to understand the amount of wealth there, and how it seemed to be a thing for each pope to do something more extravagant than the previous. I can’t quite wrap my head around it yet.

After we had seen enough church and art for the day, we walked along the Vatican walls for a bit, touring the city. 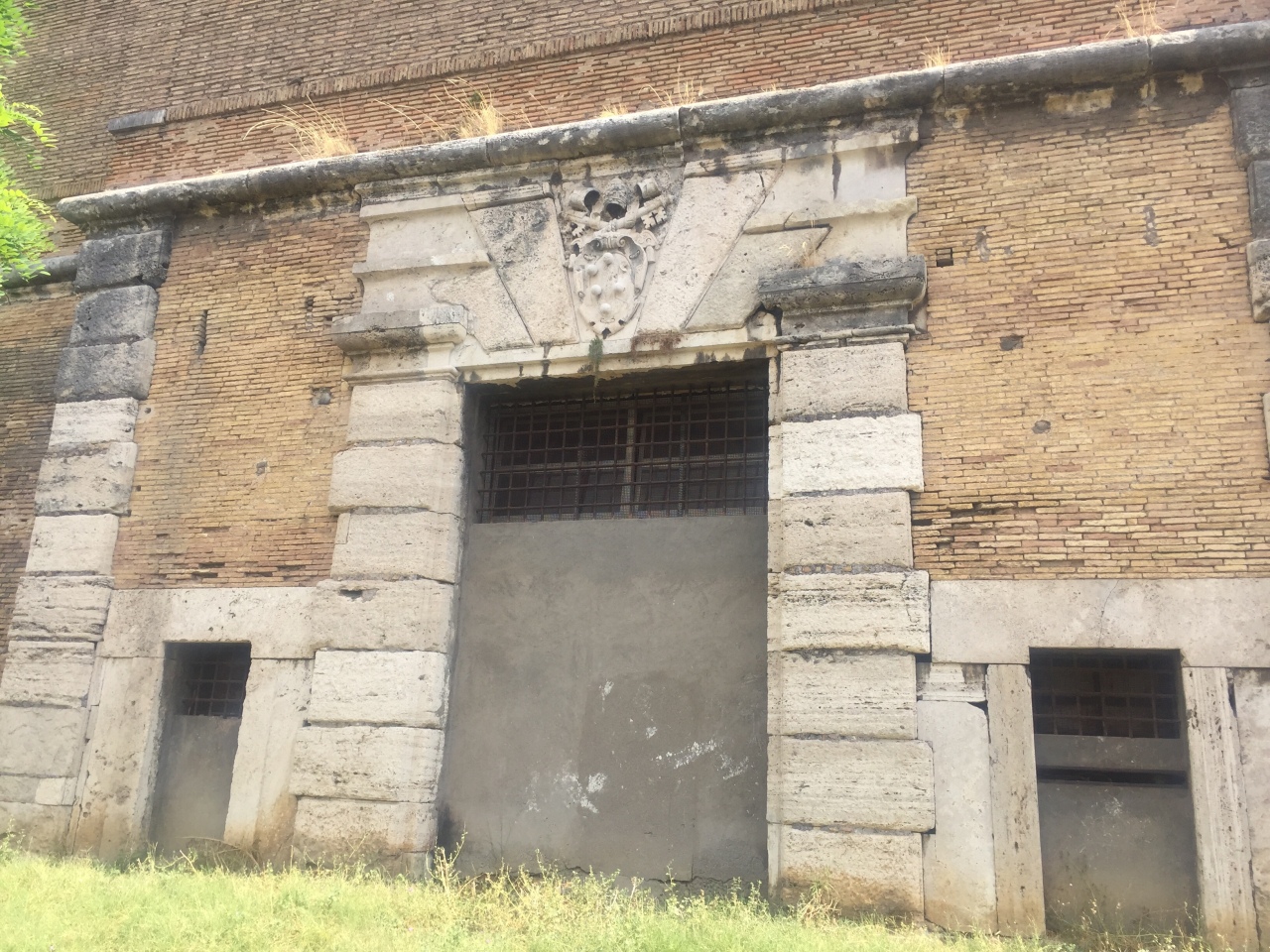 This eventually led us out of the city and to a castle called Castel Sant’Angelo, Castle of the Holy Angel. It was originally commissioned by the Roman Emperor Hadrian back in A.D 123, as a mausoleum for himself and his family. The Pope later converted the house into a castle at the beginning of the 14th century.

The castle contained a lot of history and the thought that went into building it was quite astonishing. For example, the draw bridges, trap doors, everything to keep enemies out. It also houses the original angel by Raffaello, a bronze statue of Michael the archangel, beautiful paintings, and of course a stunning, panoramic view of both the Vatican and Rome. We both thoroughly enjoyed this place and the history in it. 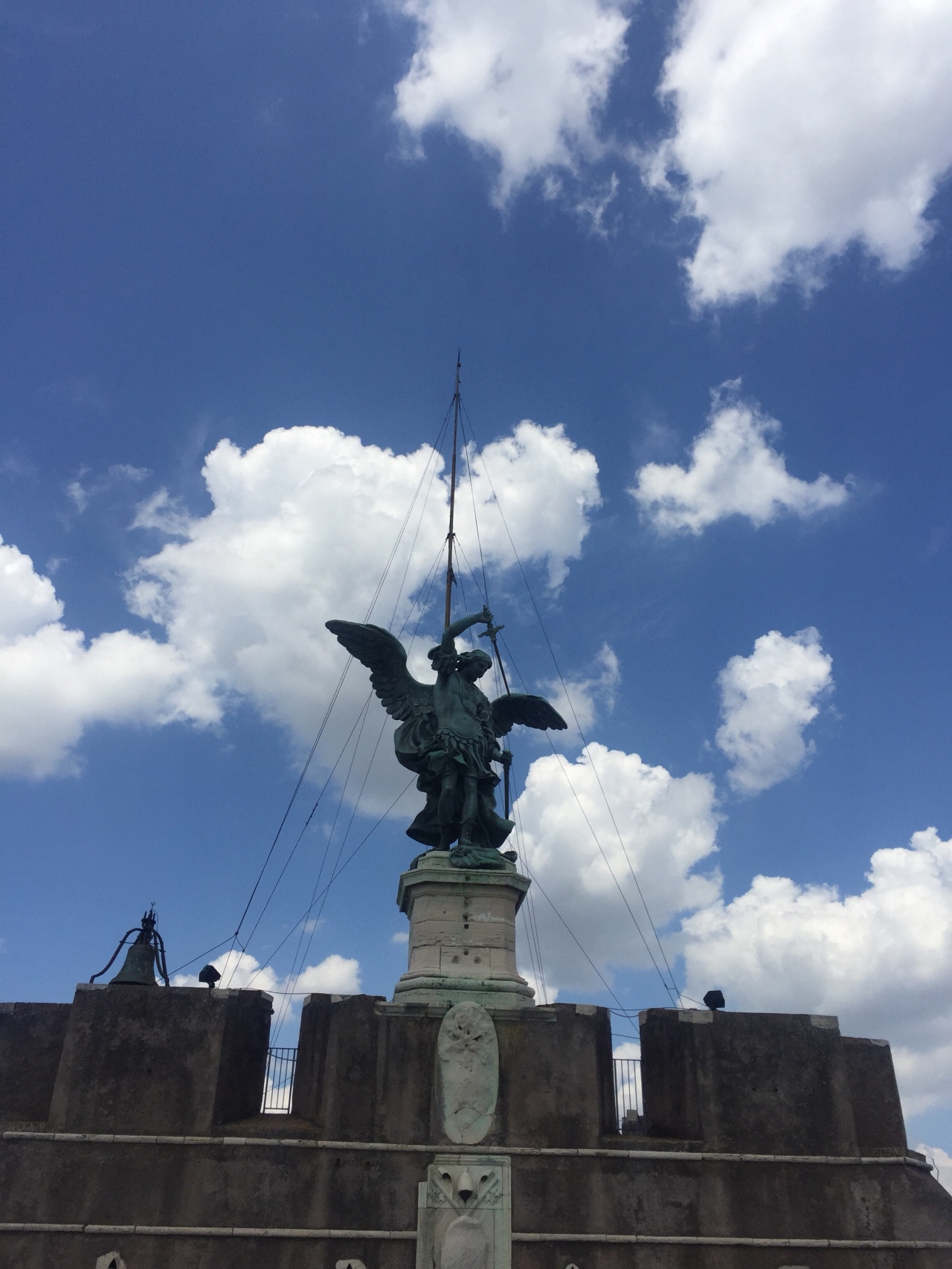 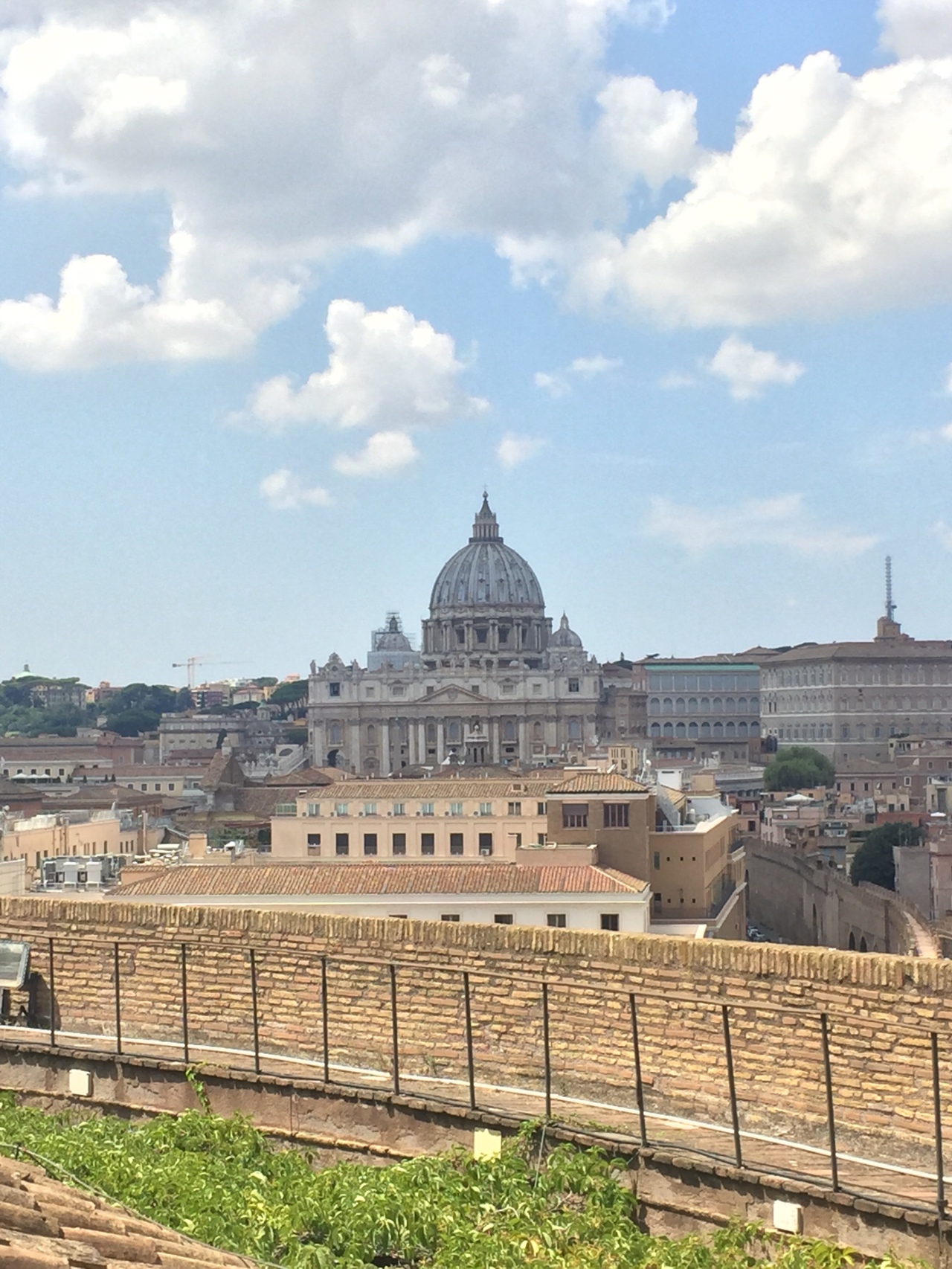 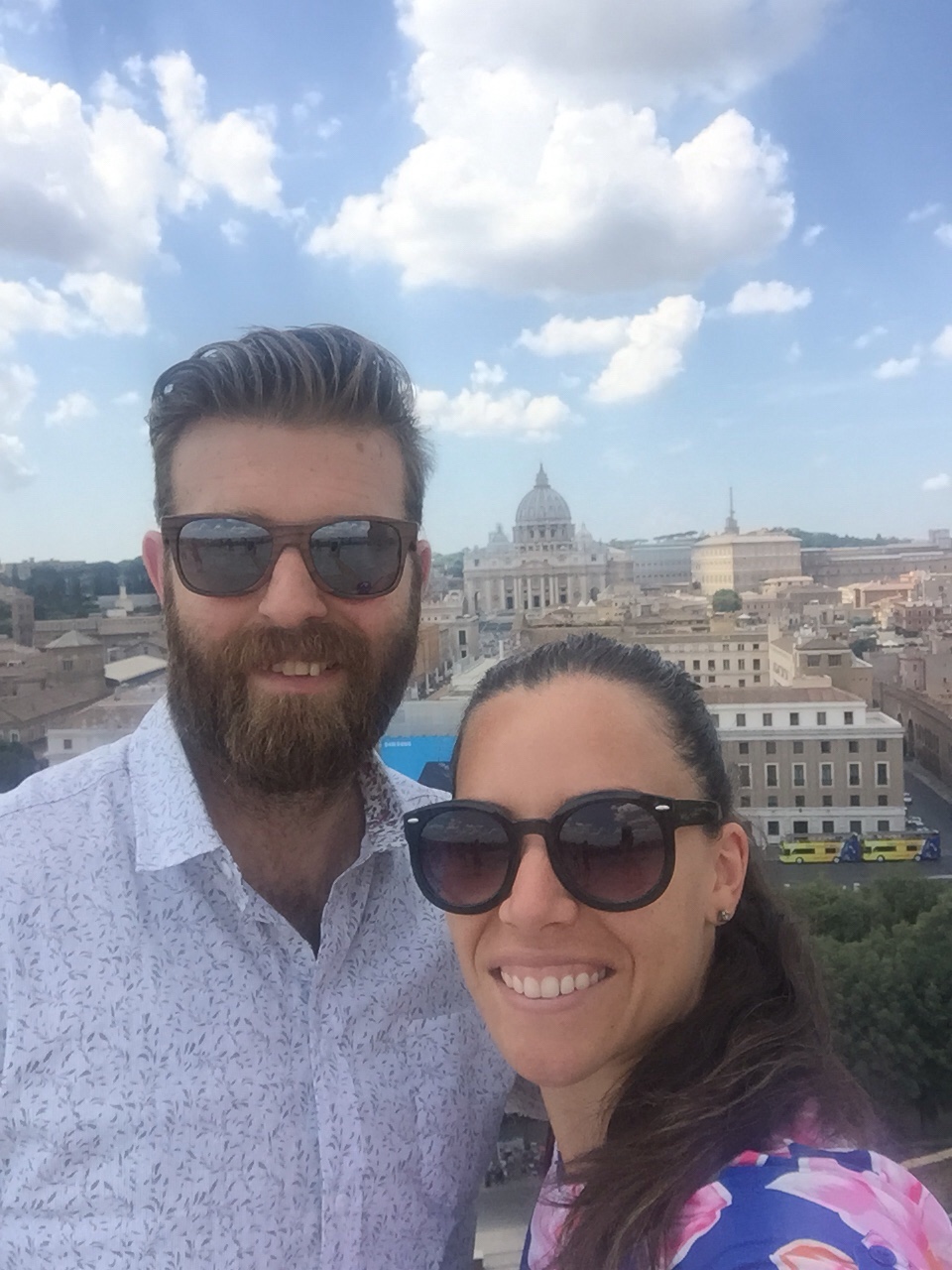 By this point, it was fairly late and about time for us to start thinking about lunch. We walked back across the river and settled for a place off of Plaza Navona. We began our lunch with some burrata cheese, prosciutto, and olives.

Then, we shared the lamb and carbonara. Both were very satisfying! 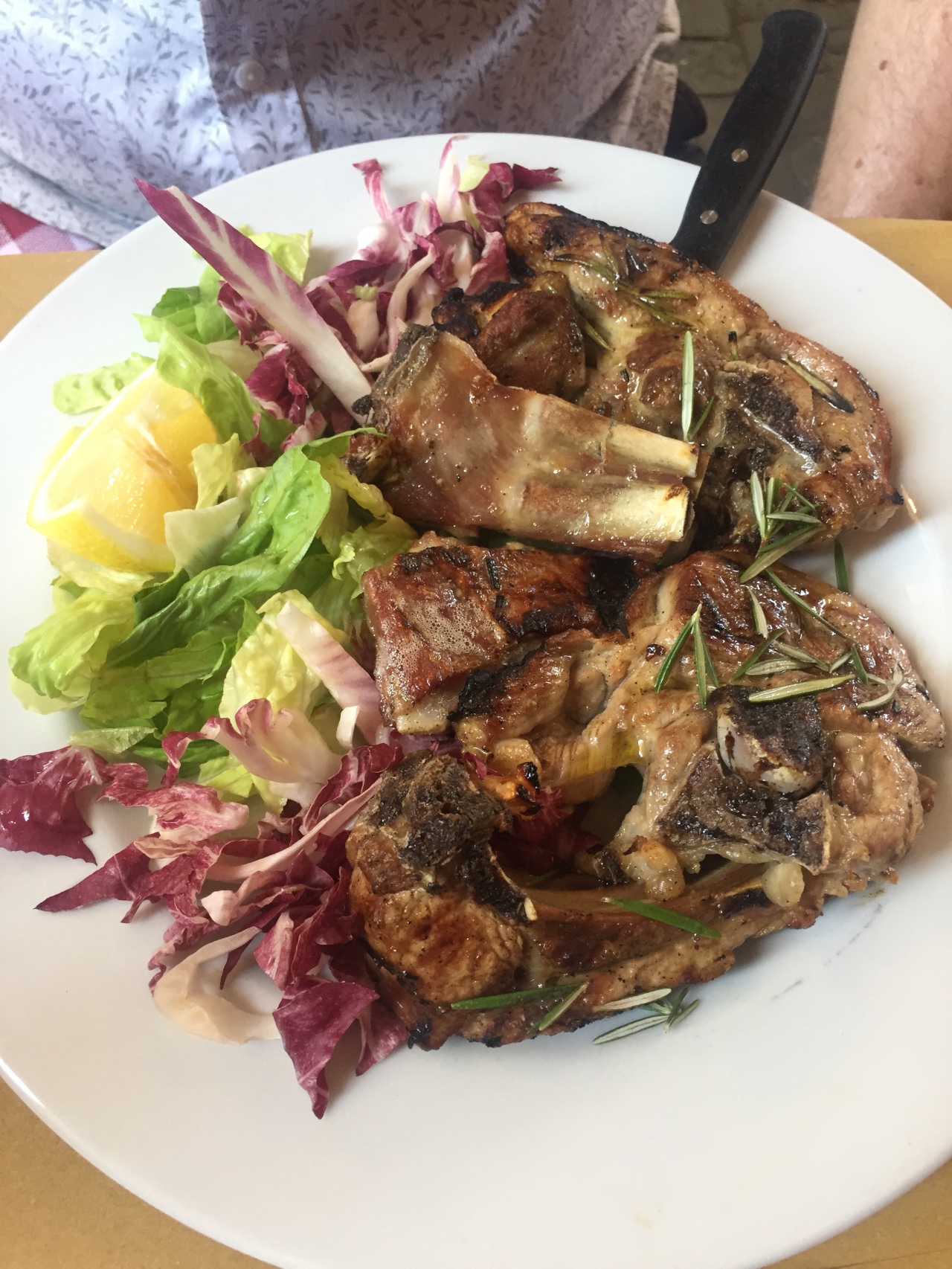 It was time for our predinner freshen up, so we headed back to our place to relax and get ready before heading out again.

Tonight we decided upon a place in our Trastevere community. On our food tour, we learned that it’s common to eat pastas for lunch, as the wood burning ovens aren’t started until dinner time. We’ve been adopting this custom to have pasta for lunch, and save the pizza for dinner. We went to a tasty place called Dar Poeta. We began with the classic street foos, supplí. 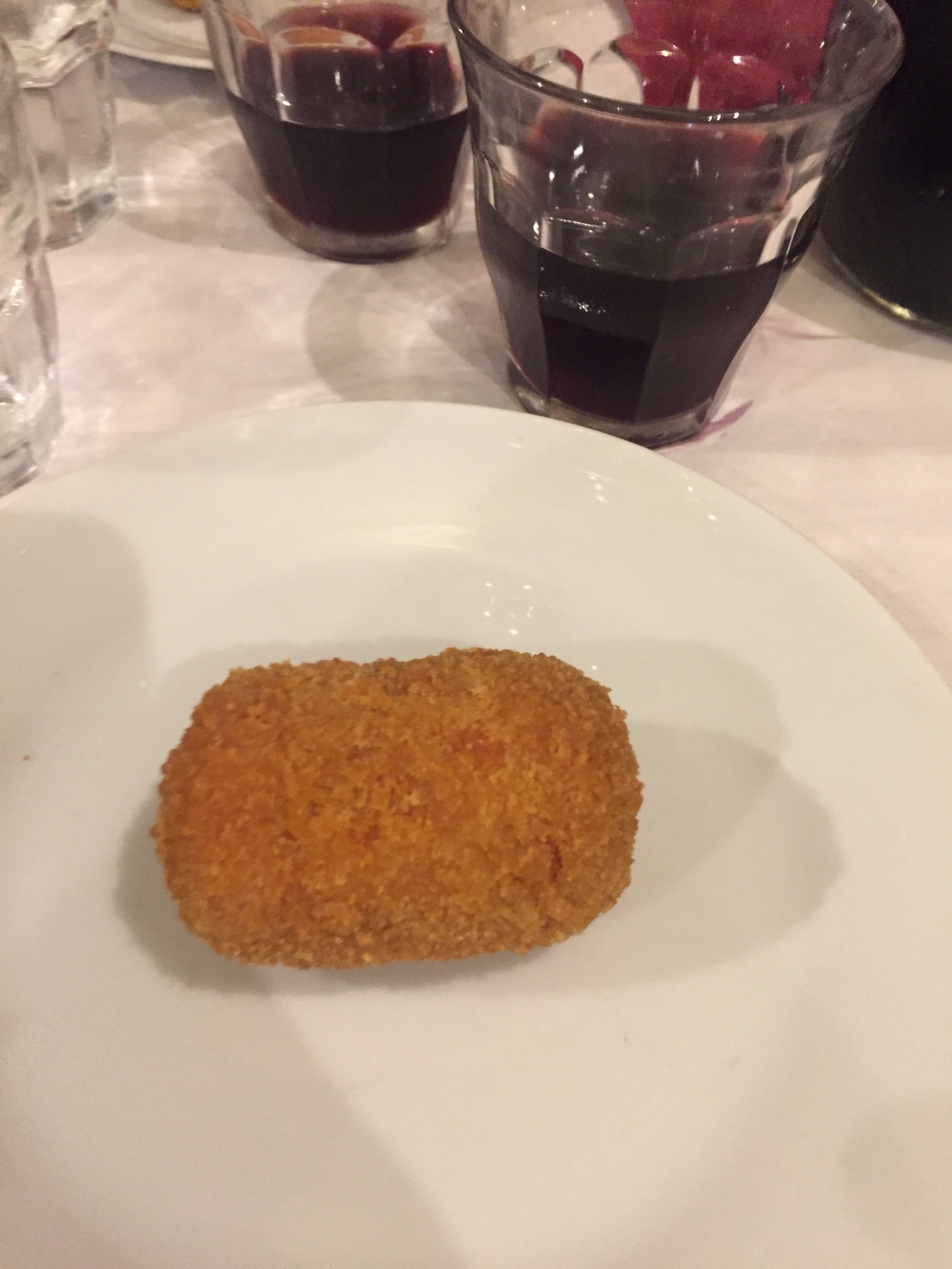 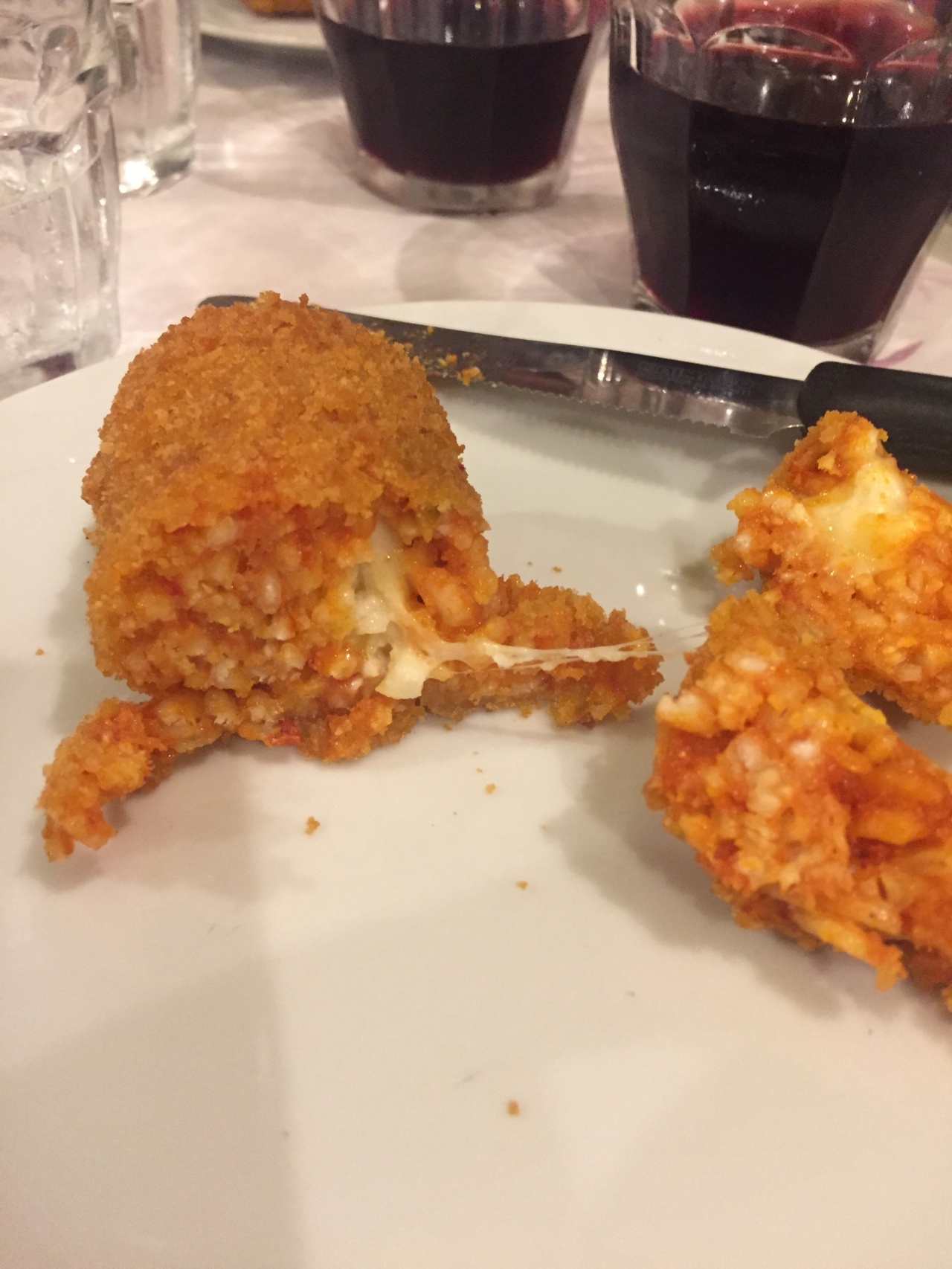 It doesn’t look nearly as appetizing as it tastes! For our pizza, we stuck to some cheesy classics. Daniel ordered the Cacio e Pepe and I ordered the buffala. 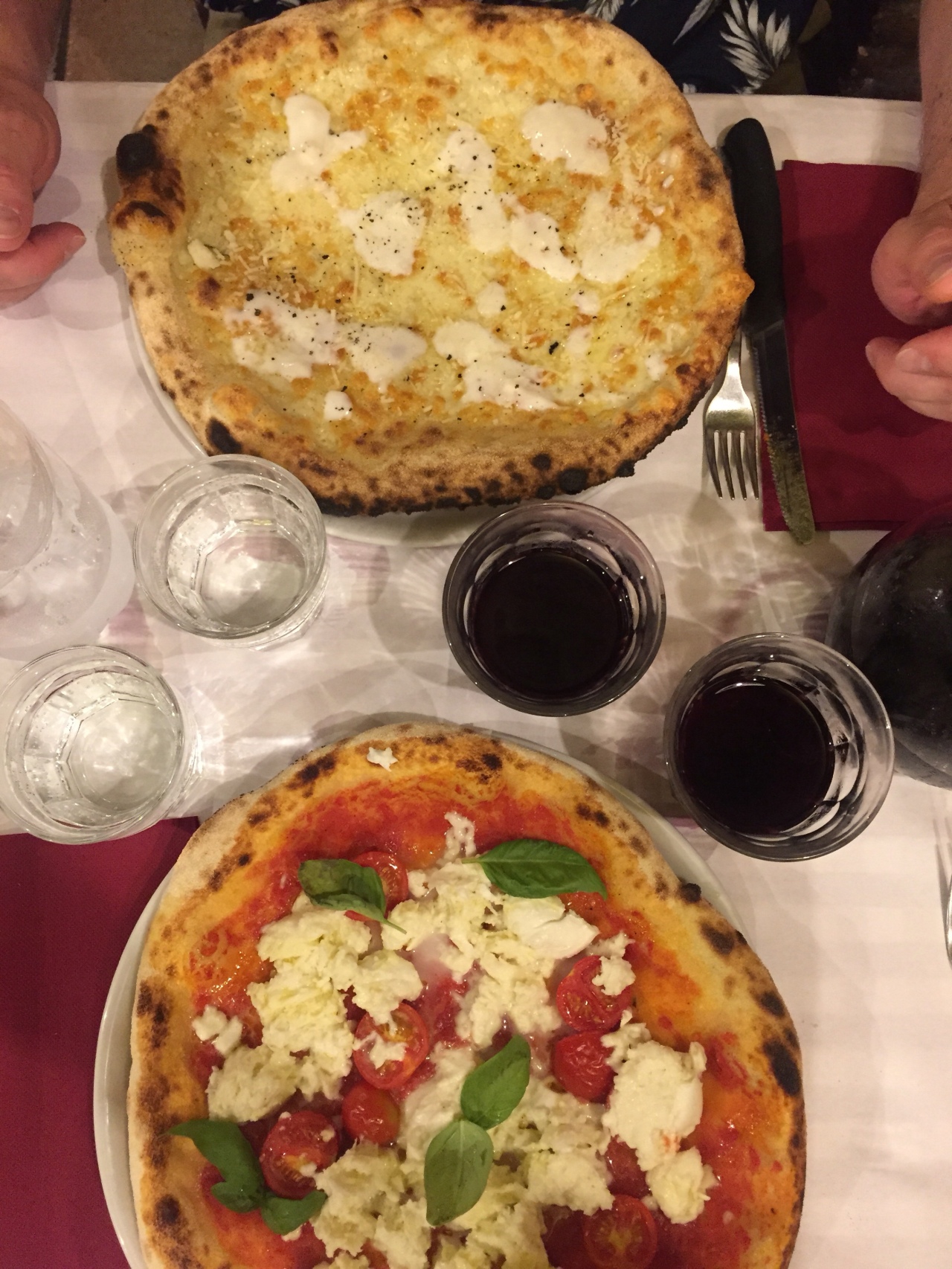 Another delicious meal in the books!

2 thoughts on “The Pope Says Hi”

2 years old ✌🏼
“There are places in the heart you don’t even know exist until you love a child.” ~Anne Lamott
Introducing you to Caoimhe Petley Kerr (pronounced Keeva). Born 2:51pm, January 10, and weighing 7lbs 11 oz.
What a year!!!! So many incredible things happened. I can’t wait to see what 2023 will bring. Cheers everyone and Happy New Year! 🥂🍾❤️
Loading Comments...
%d bloggers like this: