We awoke after a glorious sleep in our B&B with the sun shining brightly through our windows. Once getting up, we ventured into the kitchen and were pleasantly greeted with a delicious breakfast spread: eggs, yogurt, croissant, fruit, juices, and espresso. What a great way to start the day! 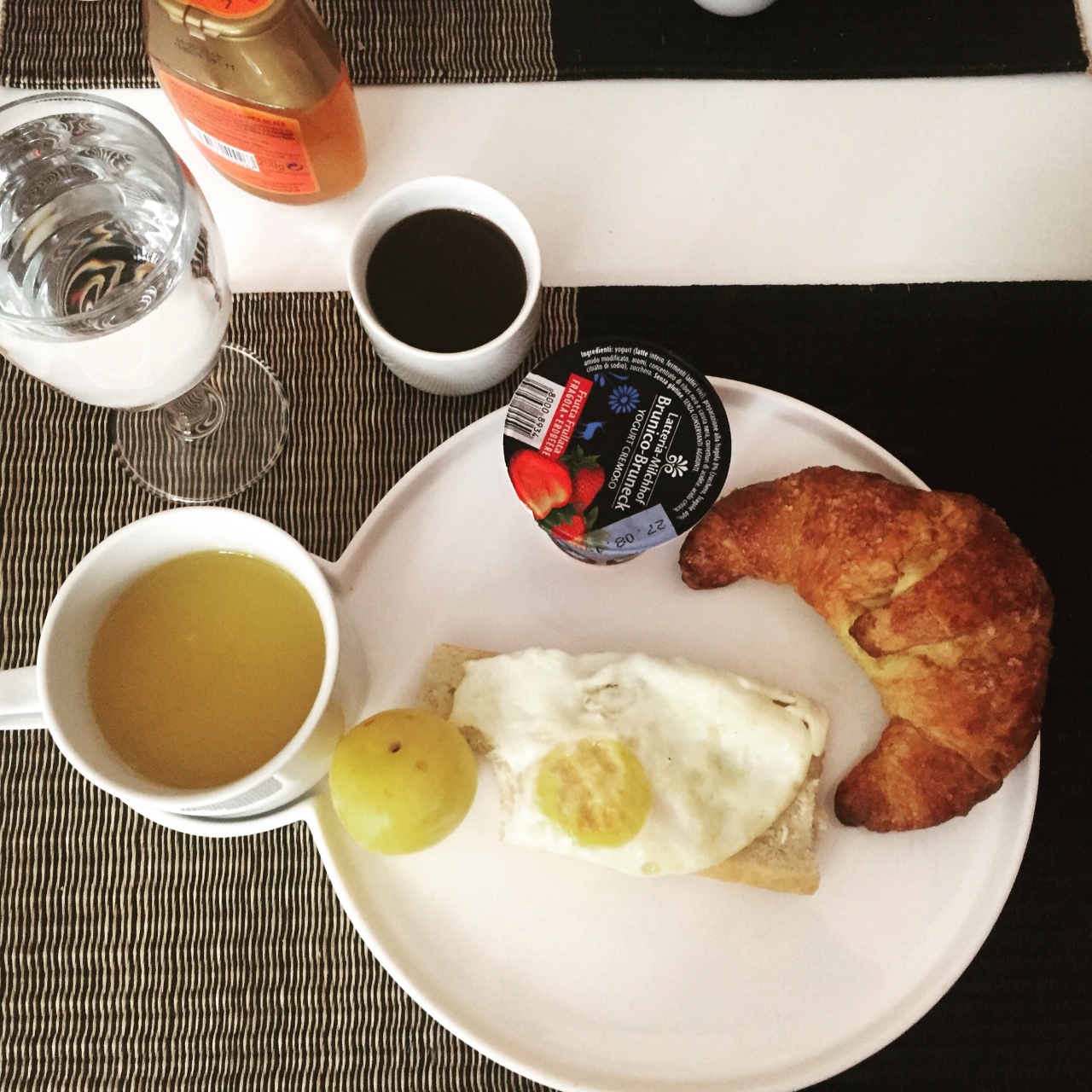 Today was a day dedicated to site seeing and exploring all that Venice has to offer. Leaving our place, we immediately hit a wall of heat. Now, it’s been awhile since I’ve been in a humid place but let me tell you, +40 is hot! I was sweating in places I didn’t even know were possible, which made the desire to wait in long site seeing lines quite less desirable.

First, we traveled over bridges and canals until we reached St. Mark’s Square. This is a grand square surrounded by beautiful historical buildings and sites: St. Mark’s Basilica, Doge’s Palace, the Campanile Bell Tower, and the Correr Museum. 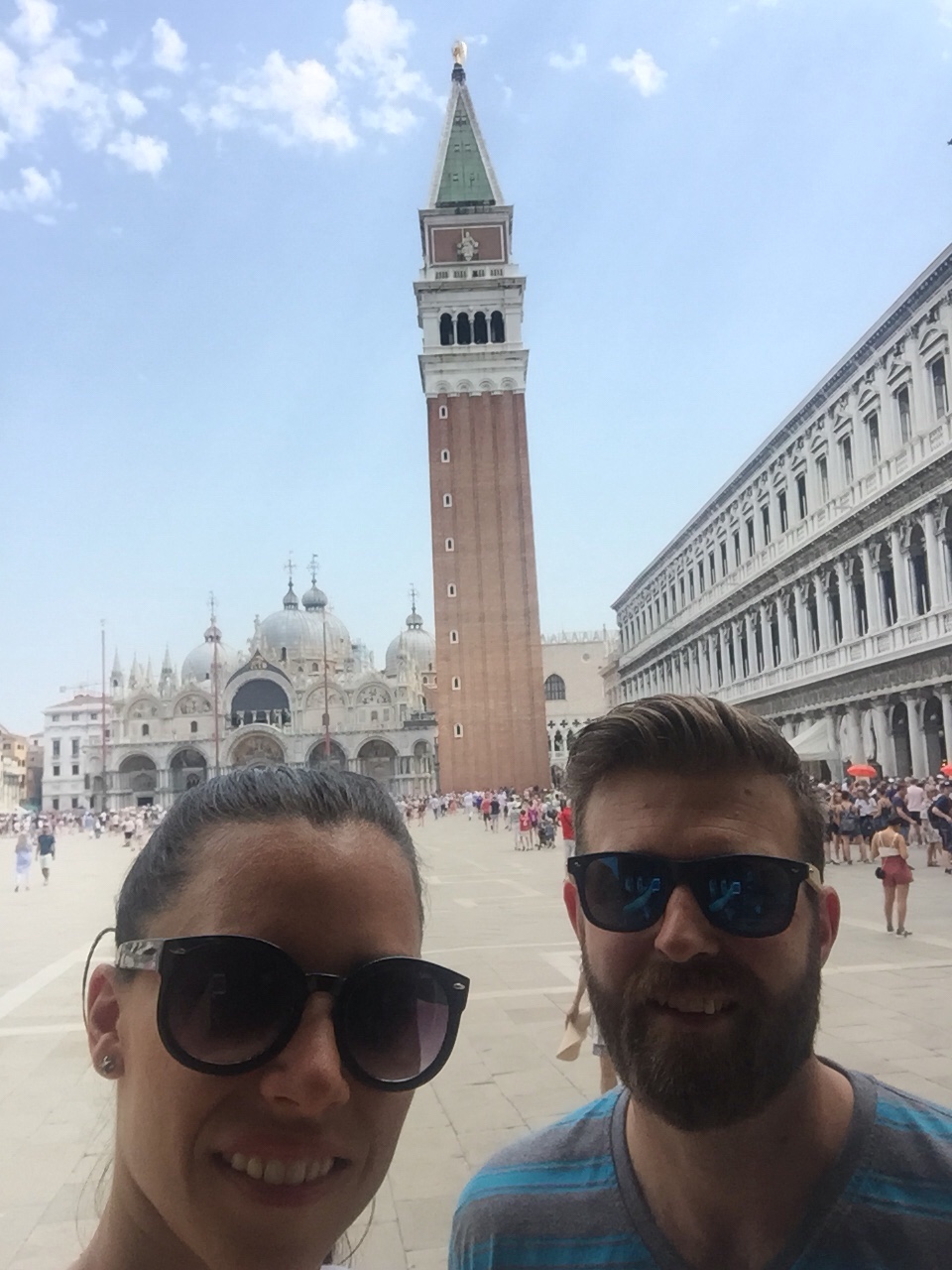 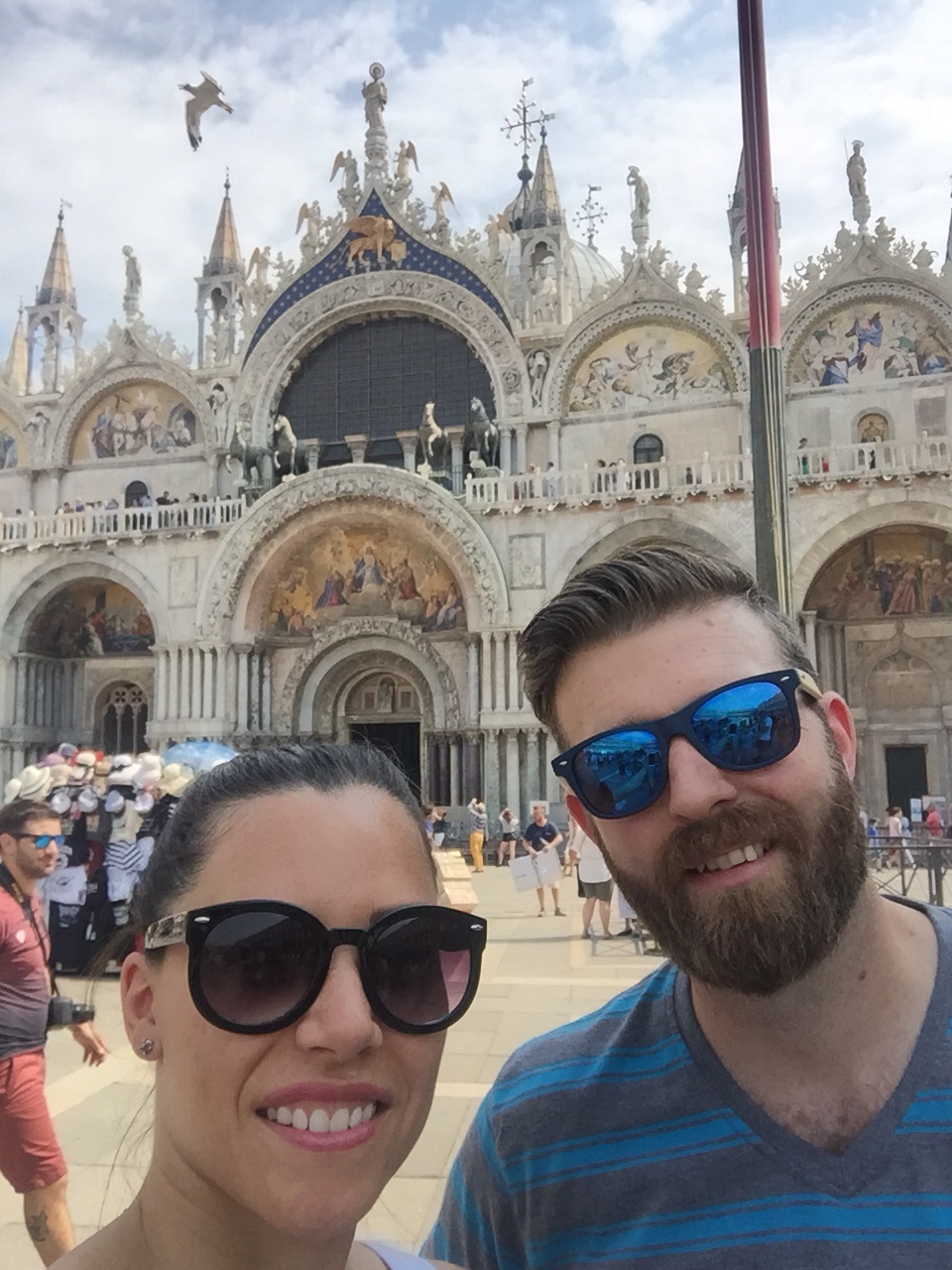 Although we wanted and attempted to see everything, the long lines and heat didn’t make it all quite possible. We started our tour in the Correr Museum. 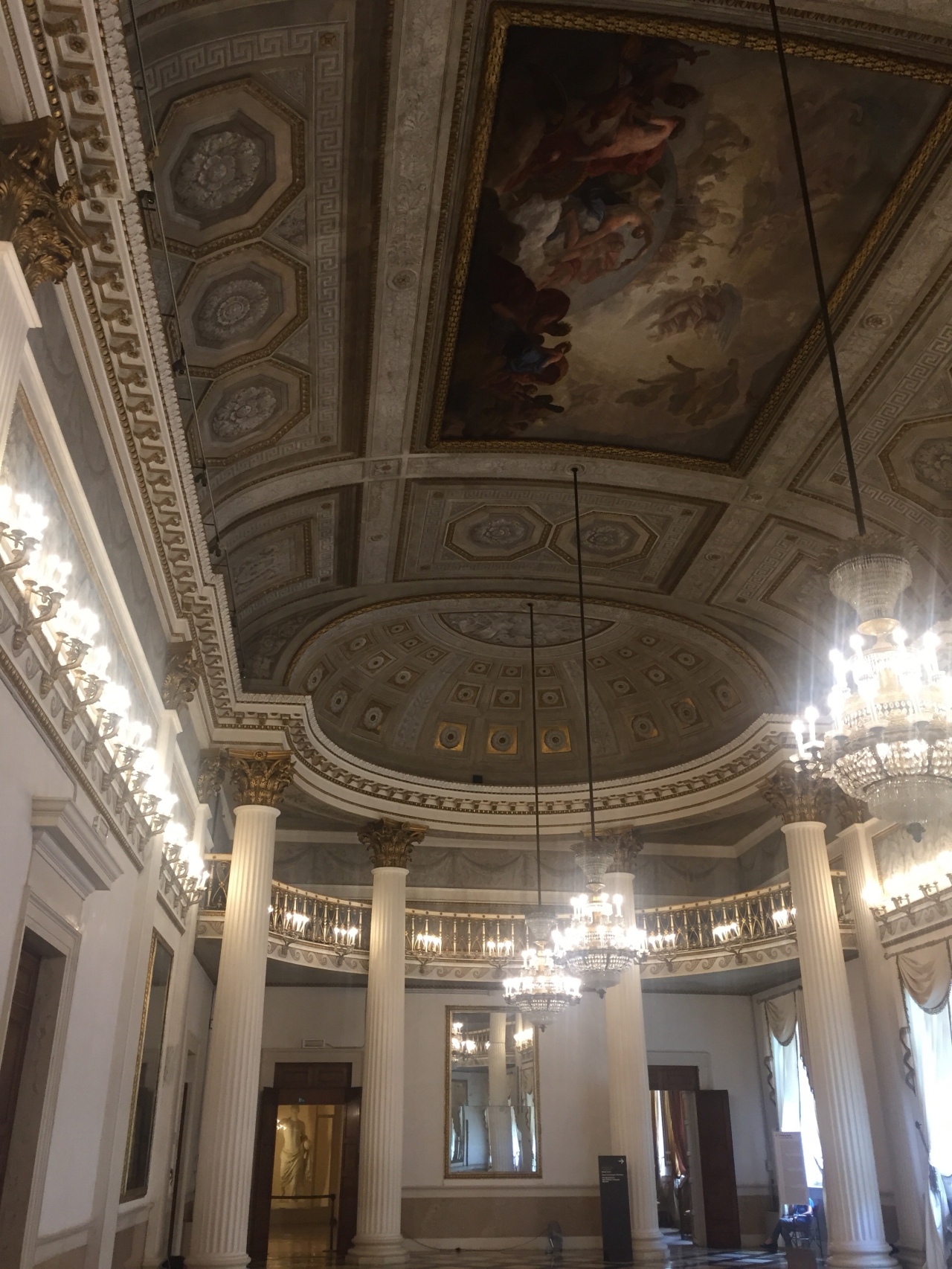 The museum also houses a library, set up by the Pisani family, where the bookcases hold rare manuscripts dating back to the early 16th century. They also contain several ducal orders and regulations. 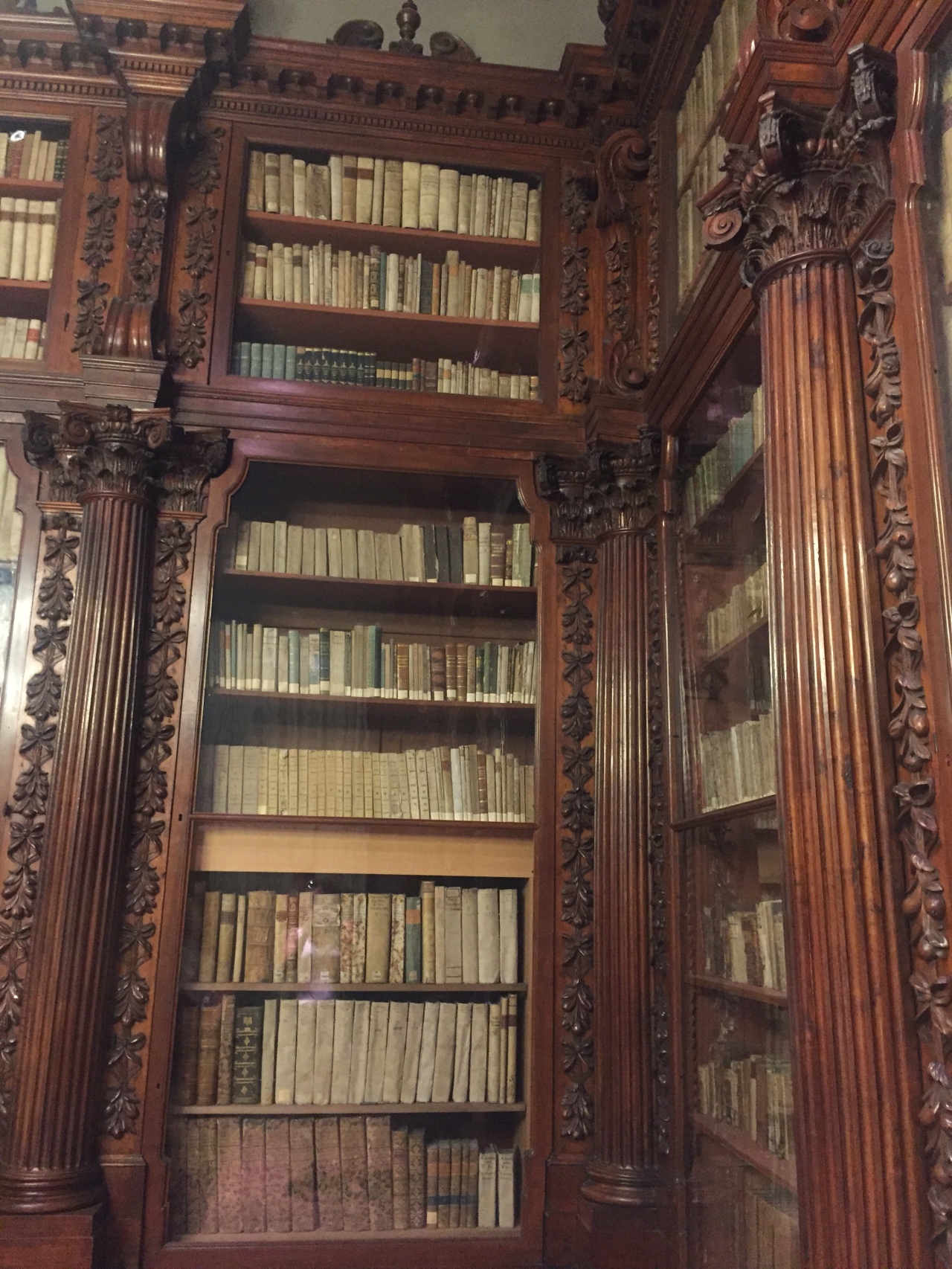 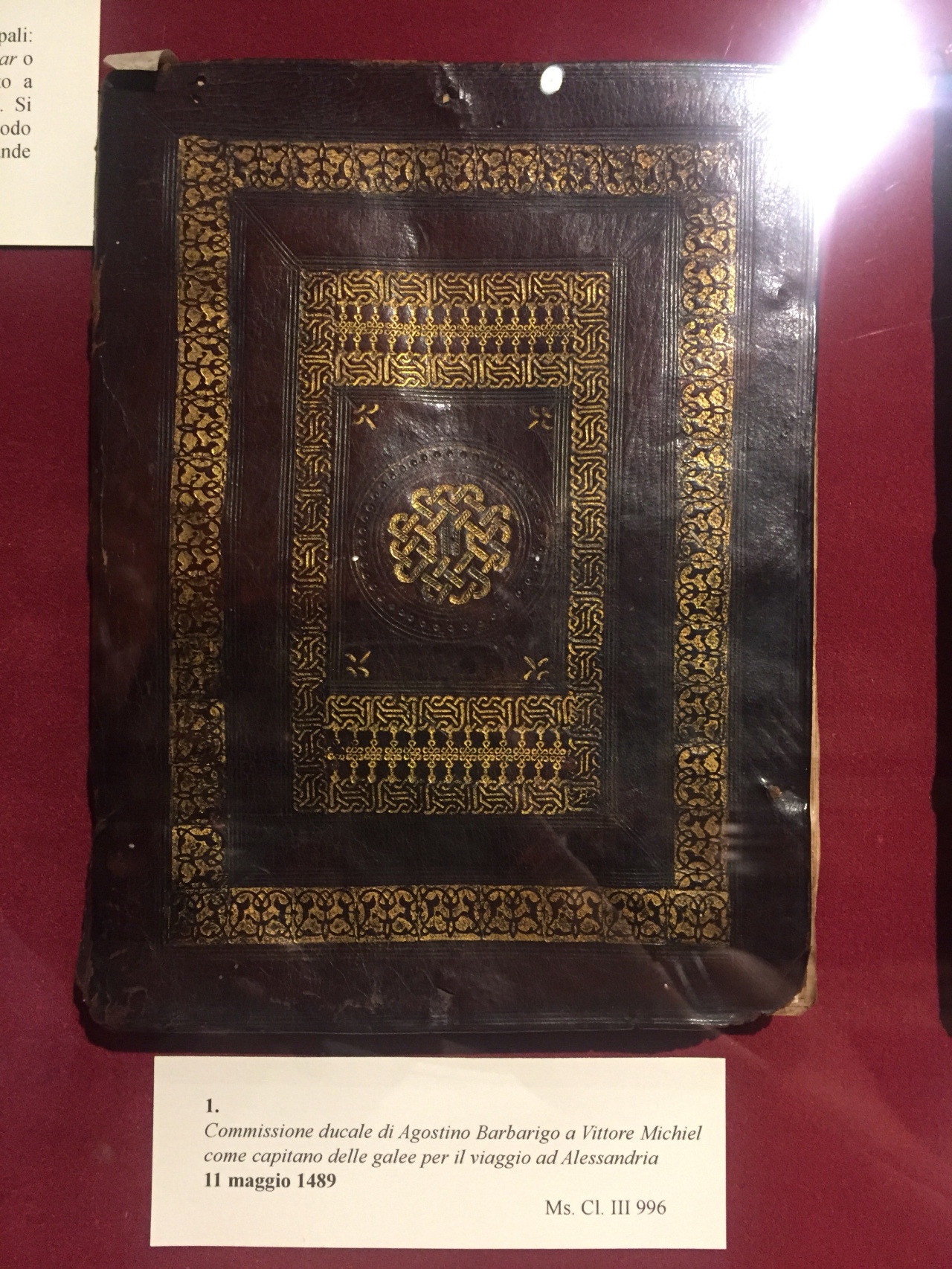 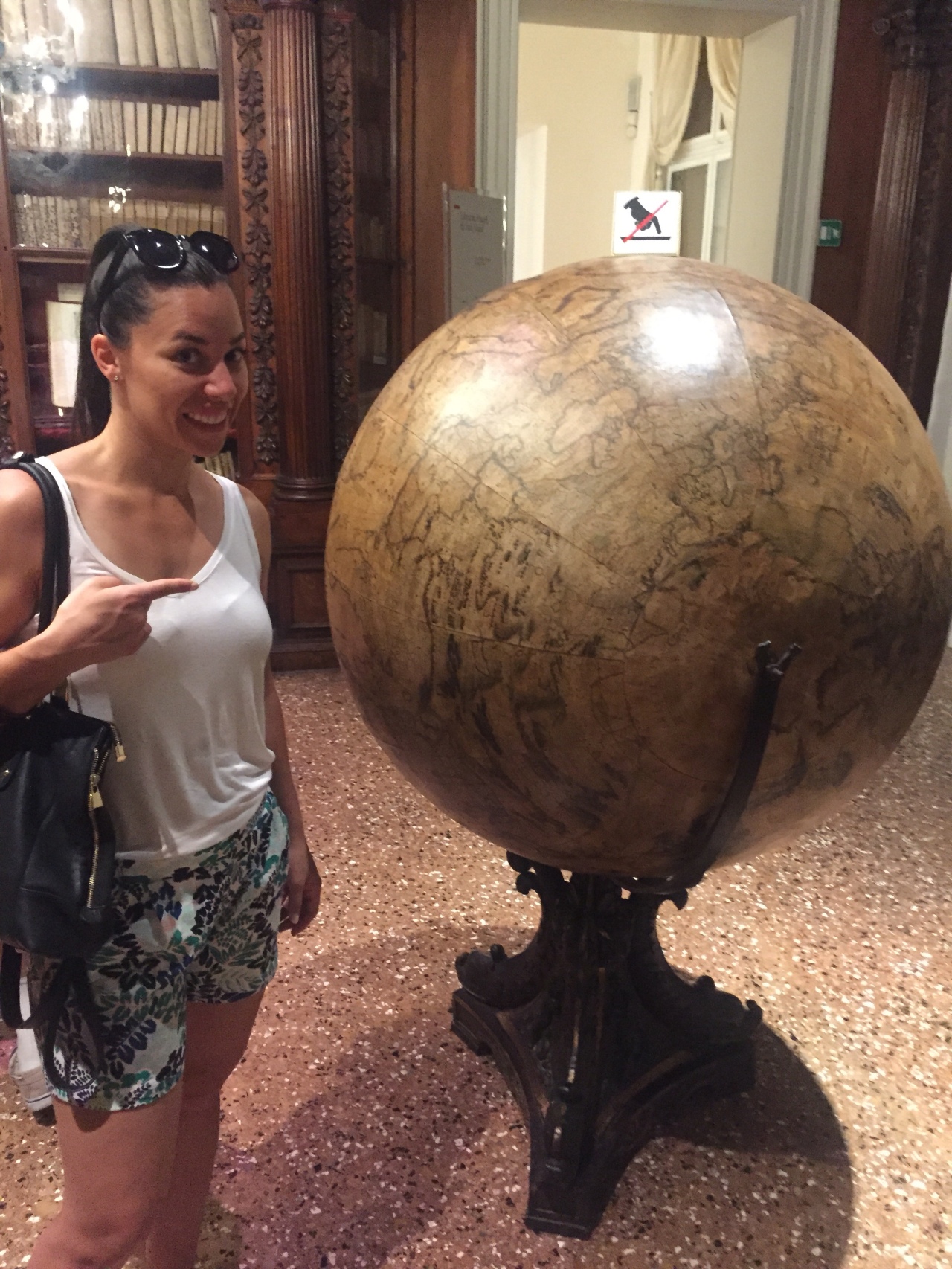 The Museo Archeologico is also held within the Correr Museum. Here you can see armor, statues, and paintings. 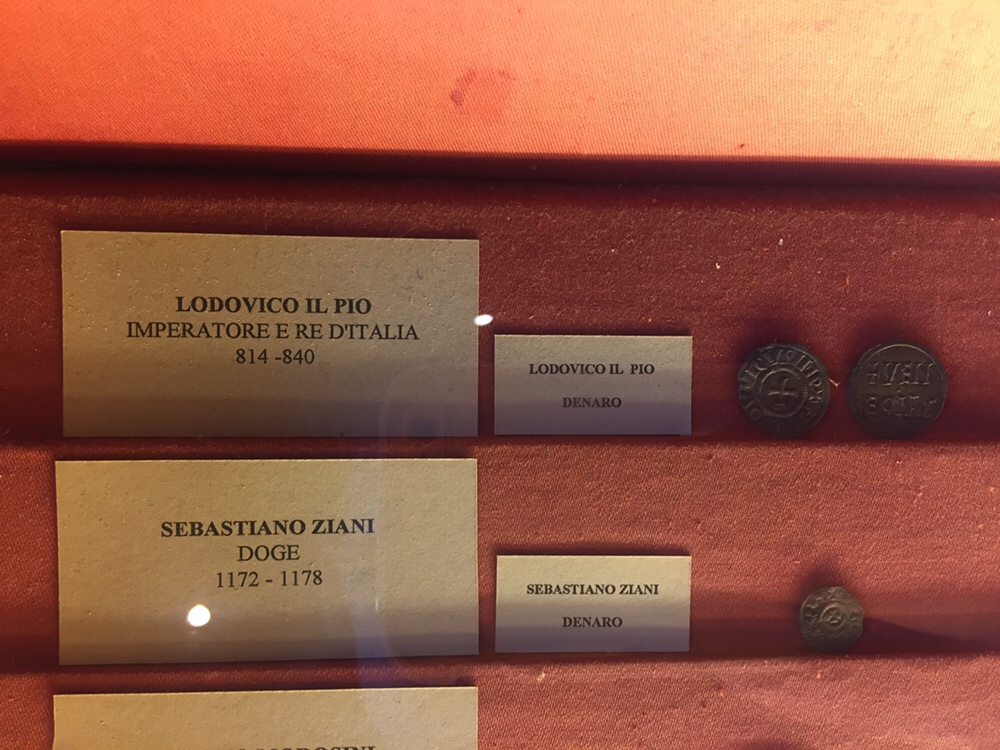 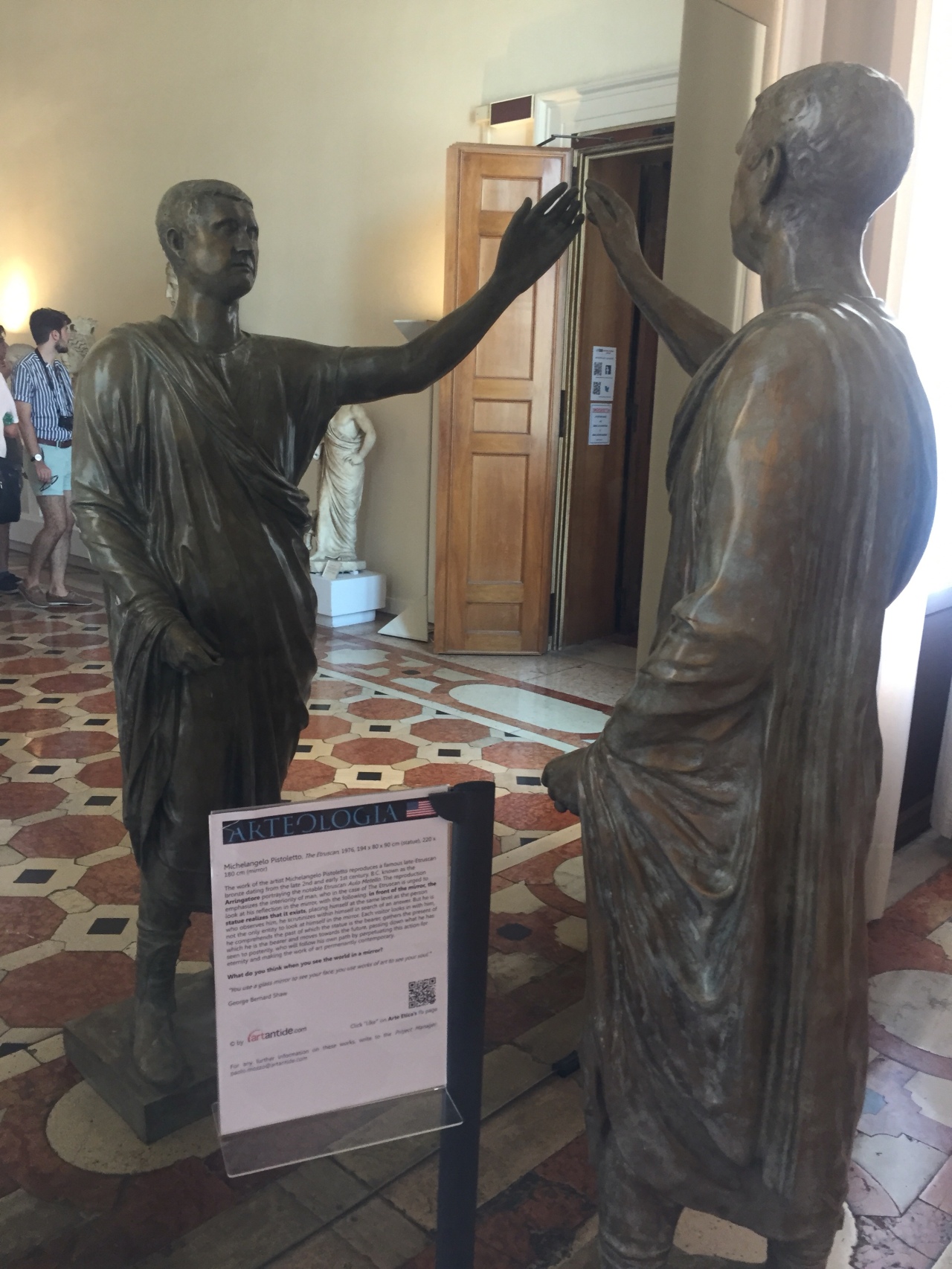 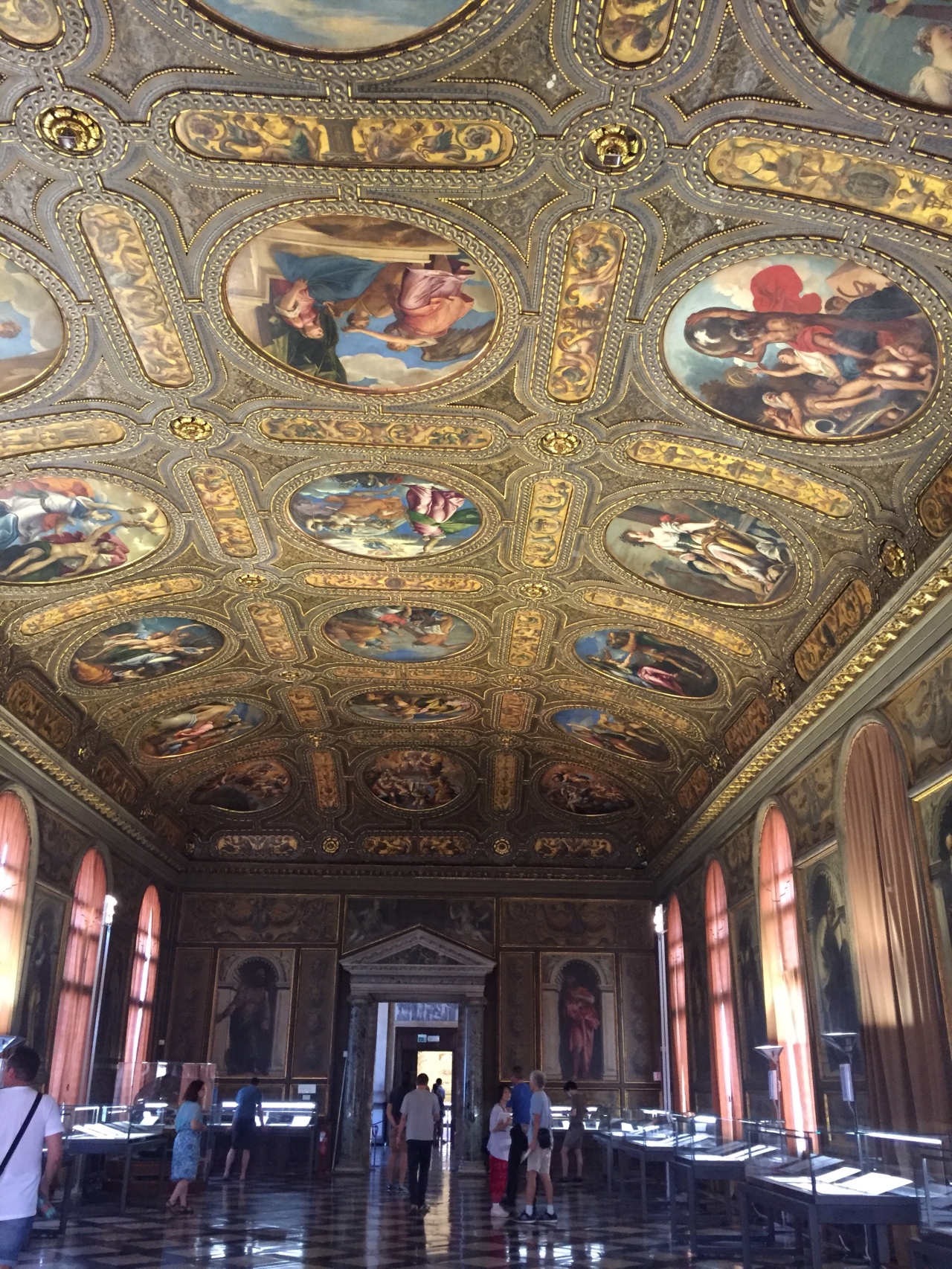 One painting of particular interest to me was The Two Venetian Gentlewomen by Vittore Carpaccio, which has various symbolic details: the pearls around their neck indicate respect to their marriage vows, the white kerchief is a sign of purity, the doves modesty, the peahen marital concord, the dogs vigilance. This painting dates back to around the 1490s. 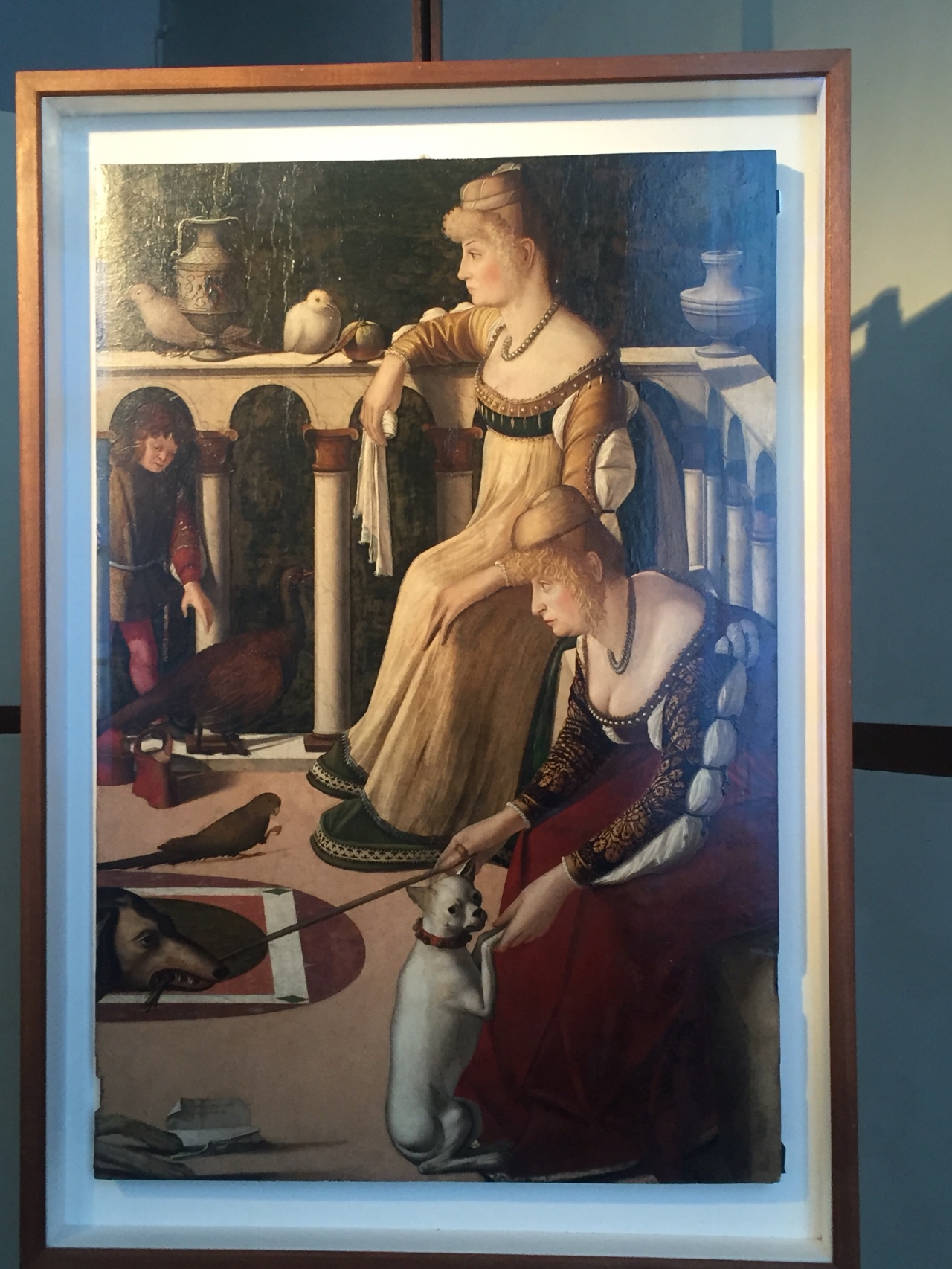 Once we finished at the museum, we walked over to the Doge’s Palace. This palace was build on a half acre with the intent to show off the wealth and power of the Republic. Wealth it sure exudes. 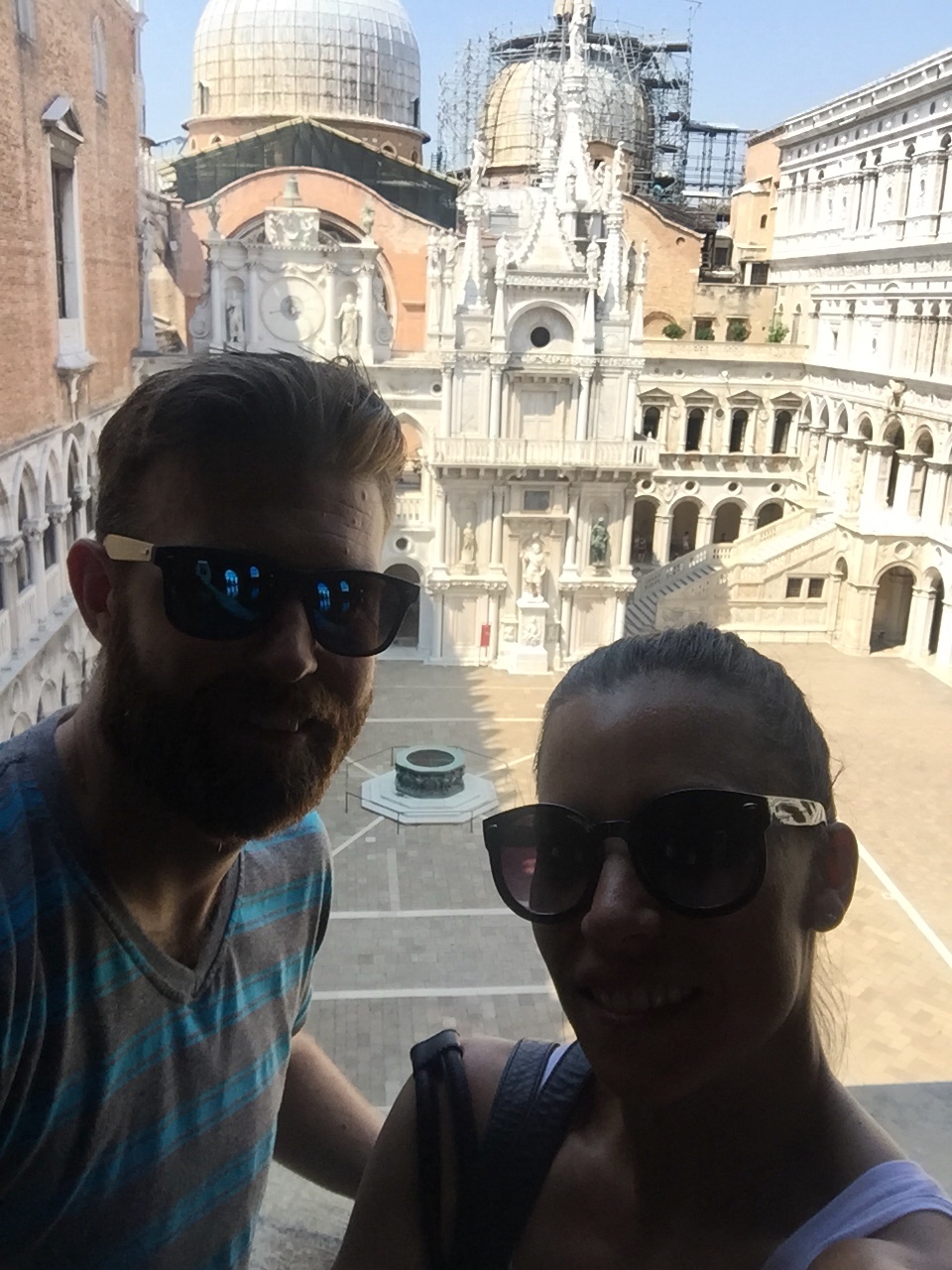 The Bridge of Sighs connects the palace to the prison. It’s said that it name originated from the fact that a condemned man would be walked over the bridge, have one final glance at the glory of Venice, and sigh. The prison was a dark and gloomy place, where you could see old carvings made by prisoners. 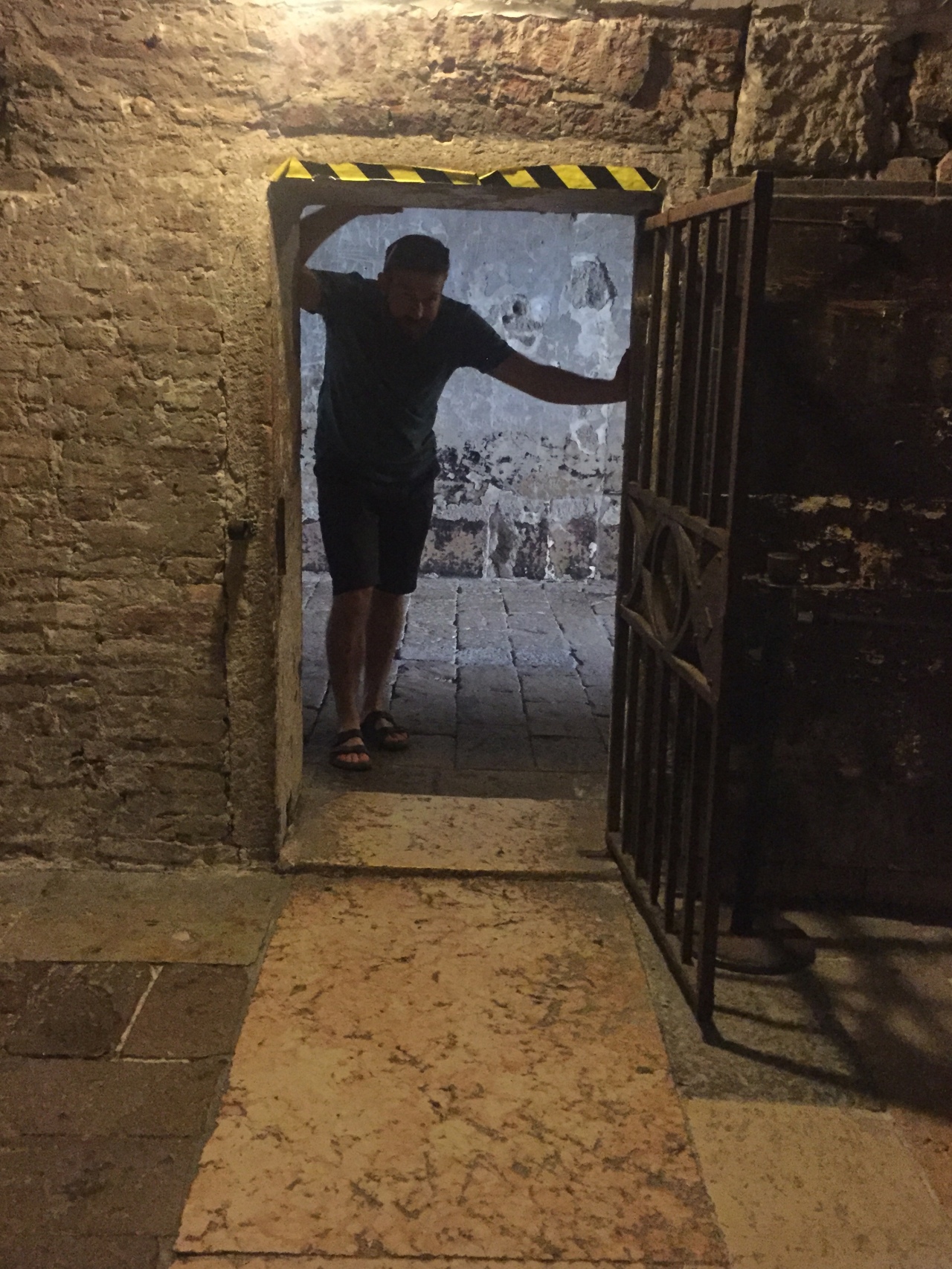 Next, we continued our journey up the canals to the Rialto Bridge. Once on the bridge, you’re offered a beautiful view of the Grand Canal. 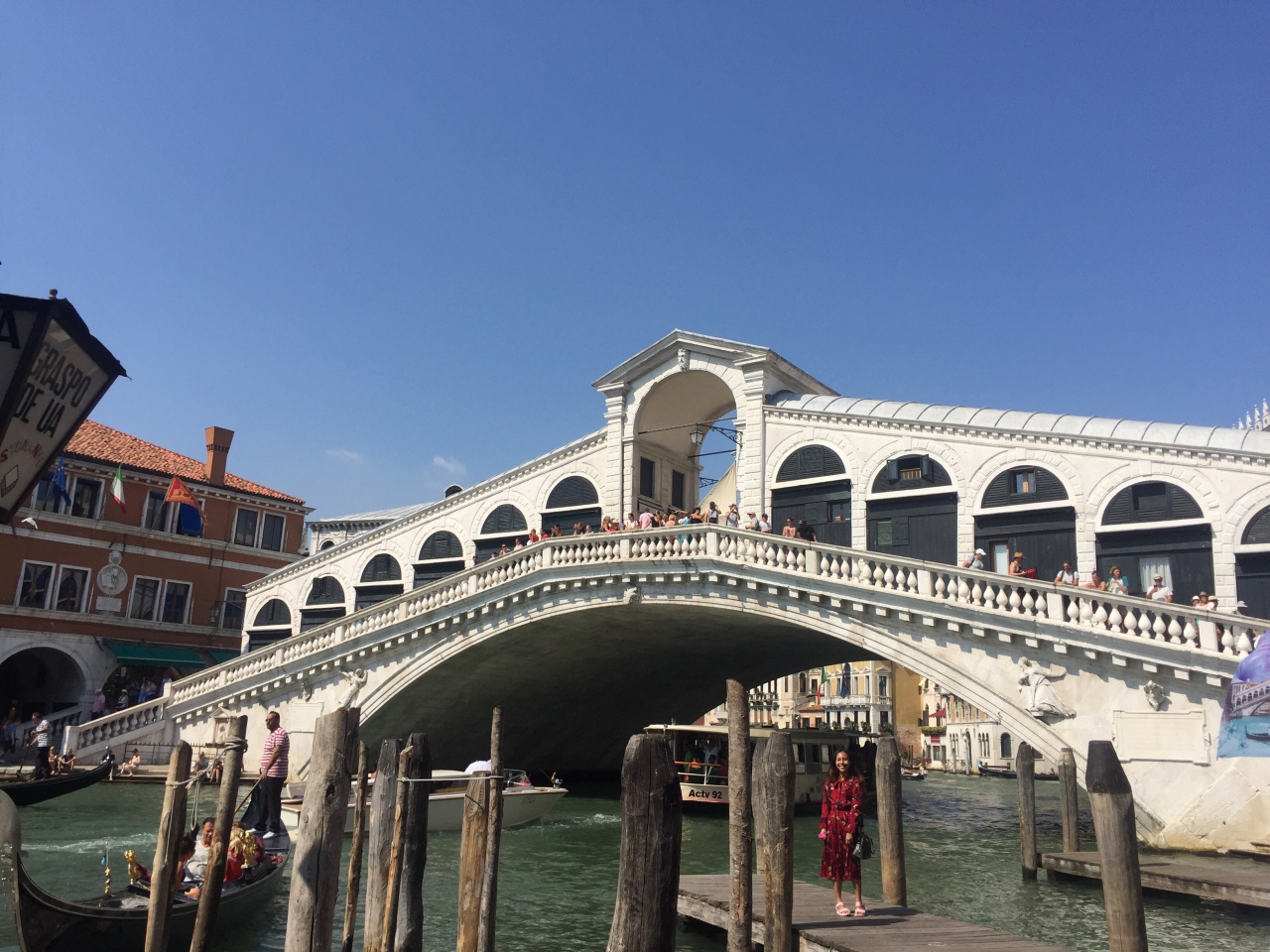 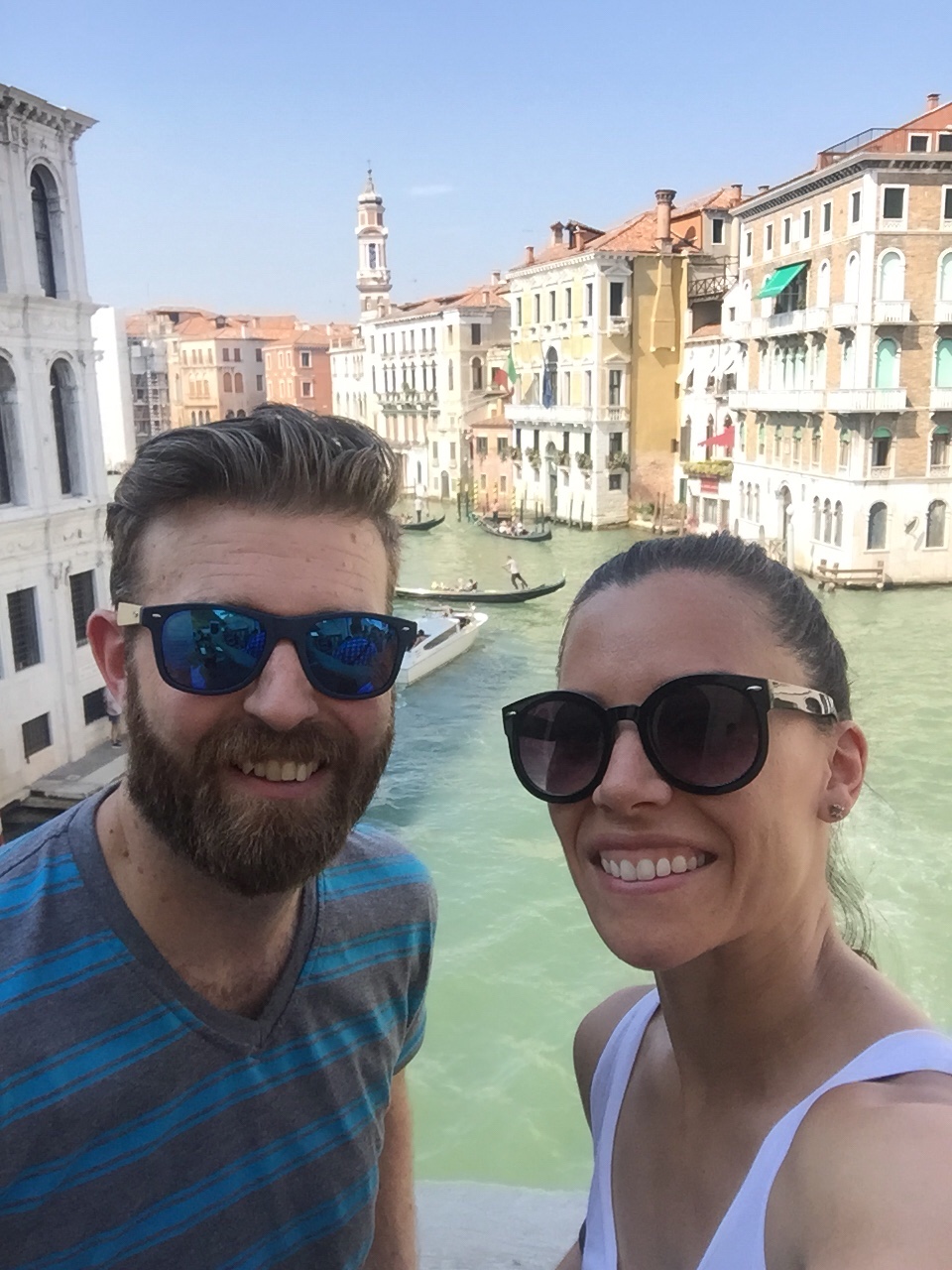 By this time, we were still hot and beginning to get hungry so we stopped for our first gelato. It was amazing! 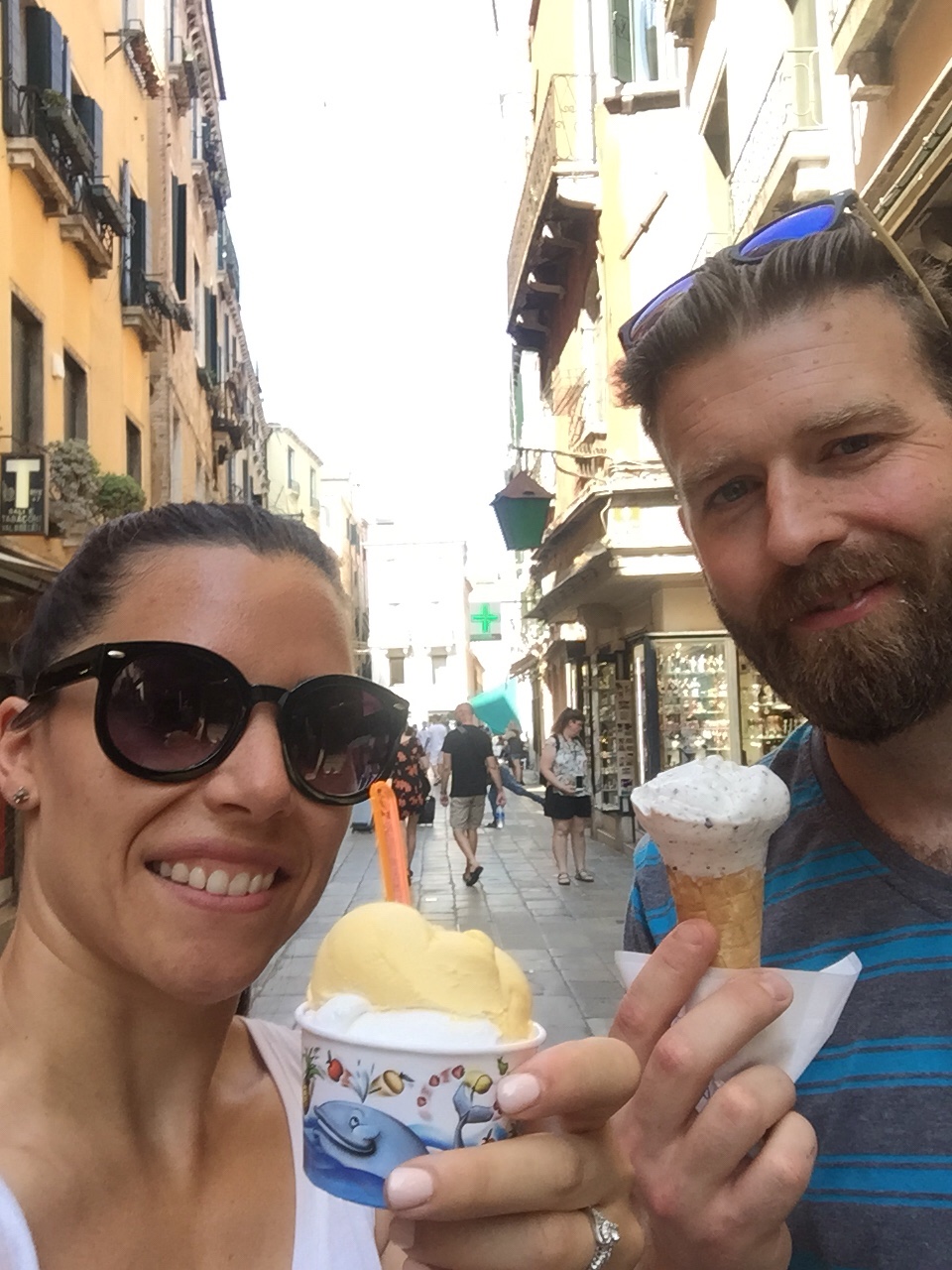 We did a bit more wandering, browsing, site seeing, and drinking before sitting along the canal side deciding upon what we would have for dinner. 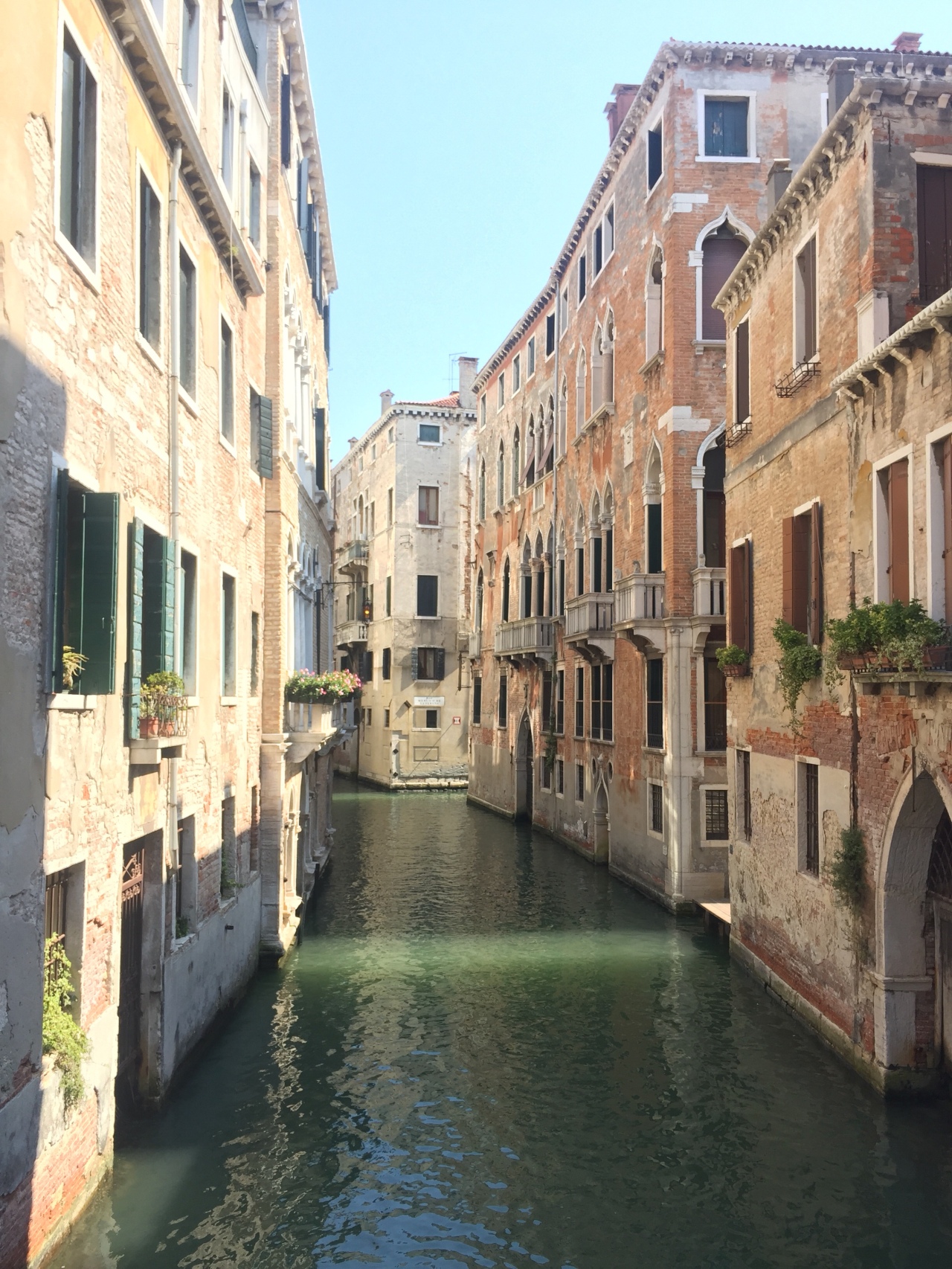 We ventured into a small square and opted to try out Osteria Alla Fresca. We began with a white and red wine, and an incredible octopus dish with a purple potato sauce. This was by far the best dish I’ve ever had! Ever! 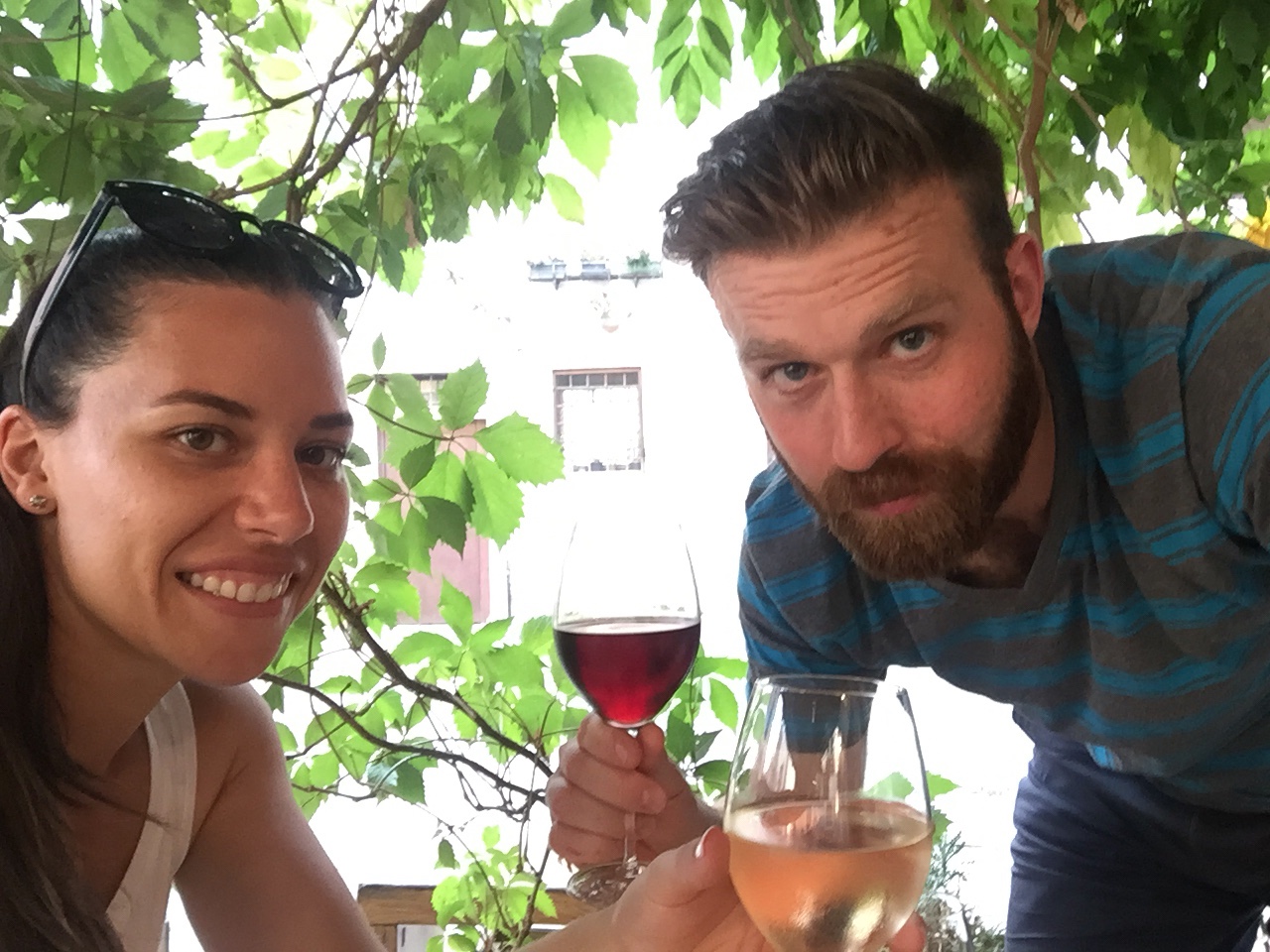 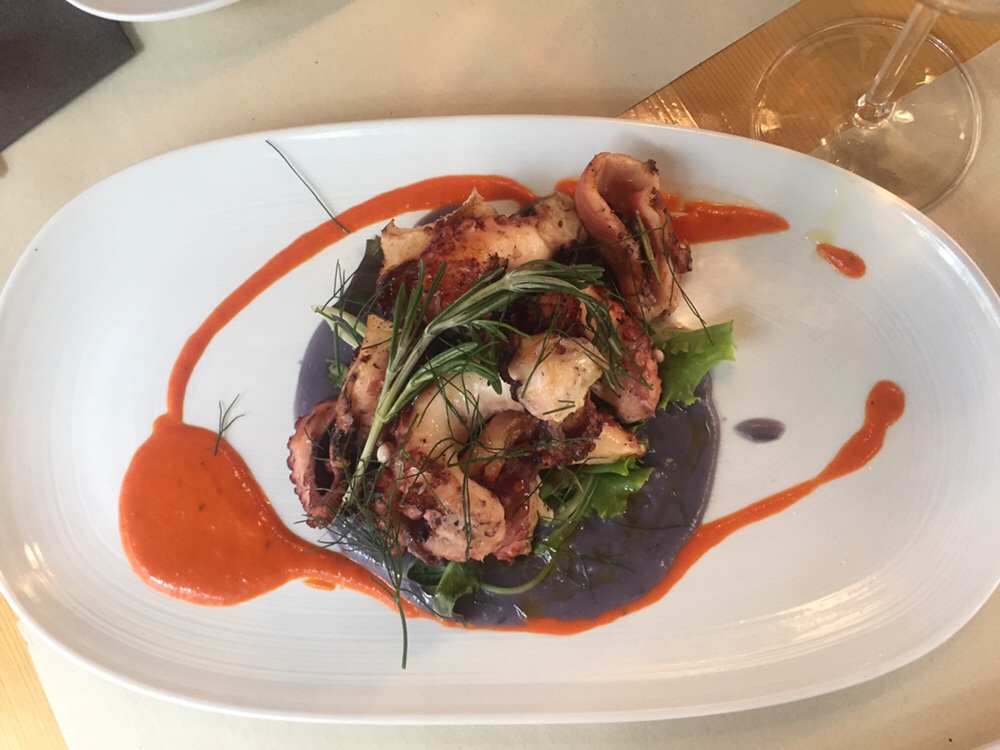 For our next course, Daniel ordered the swordfish ravioli, and I, the seafood spaghetti. 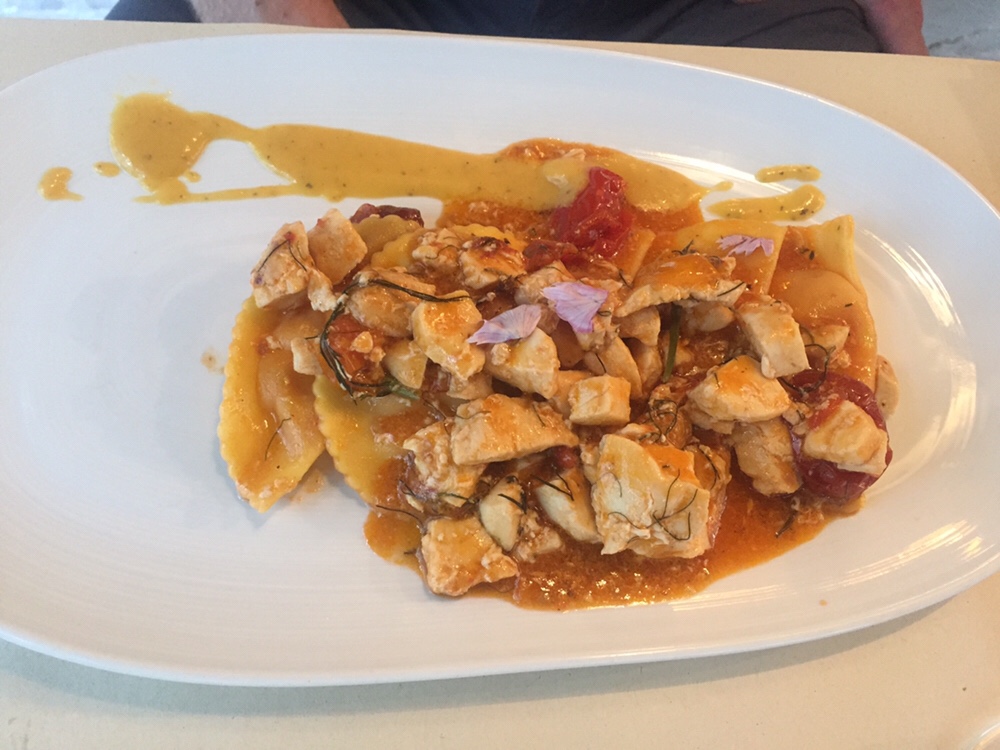 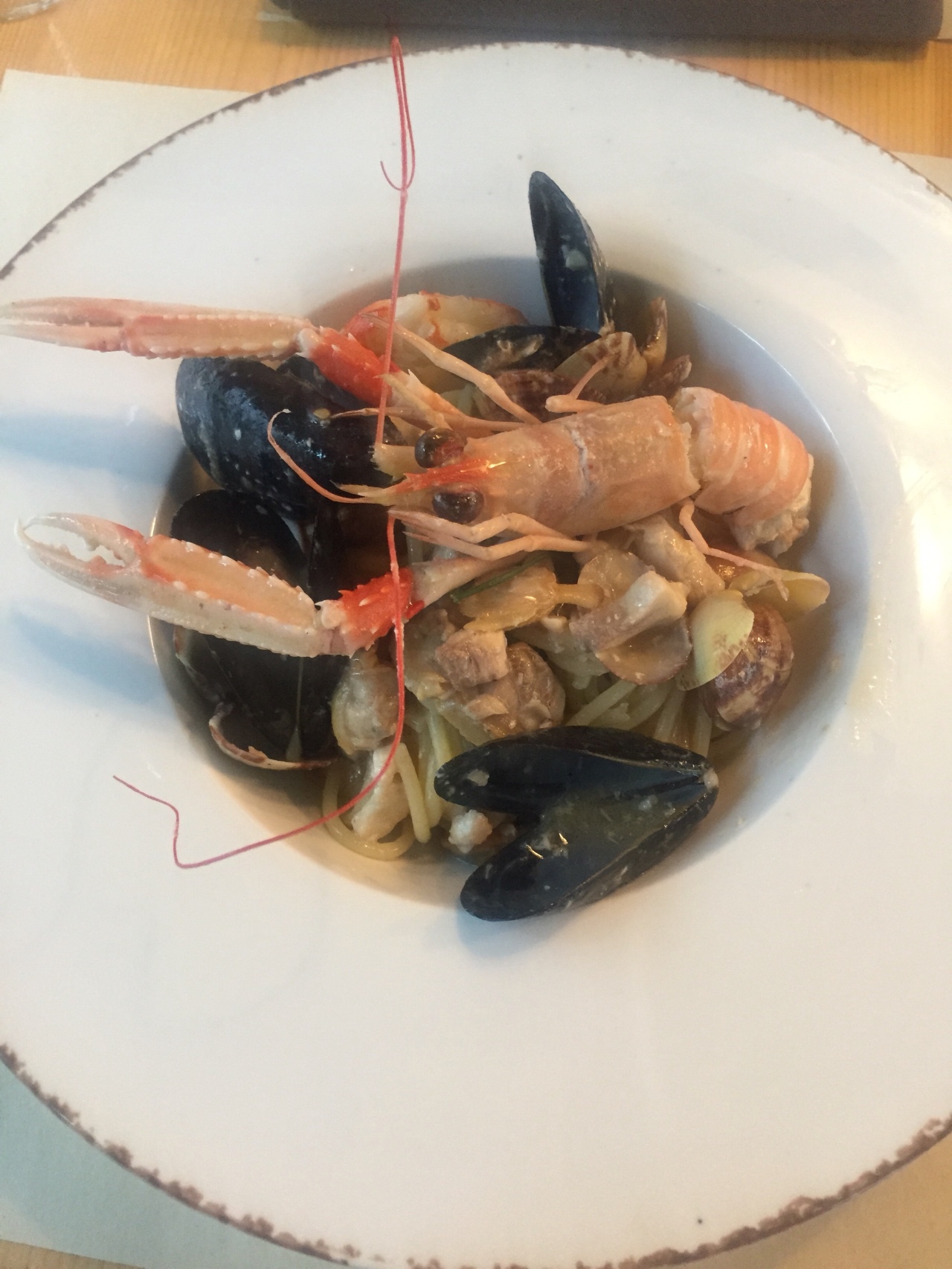 Finally, we finished off with our first trial of dessert in Italy: tiramisu and panna cotta. Both, of course, impressed! 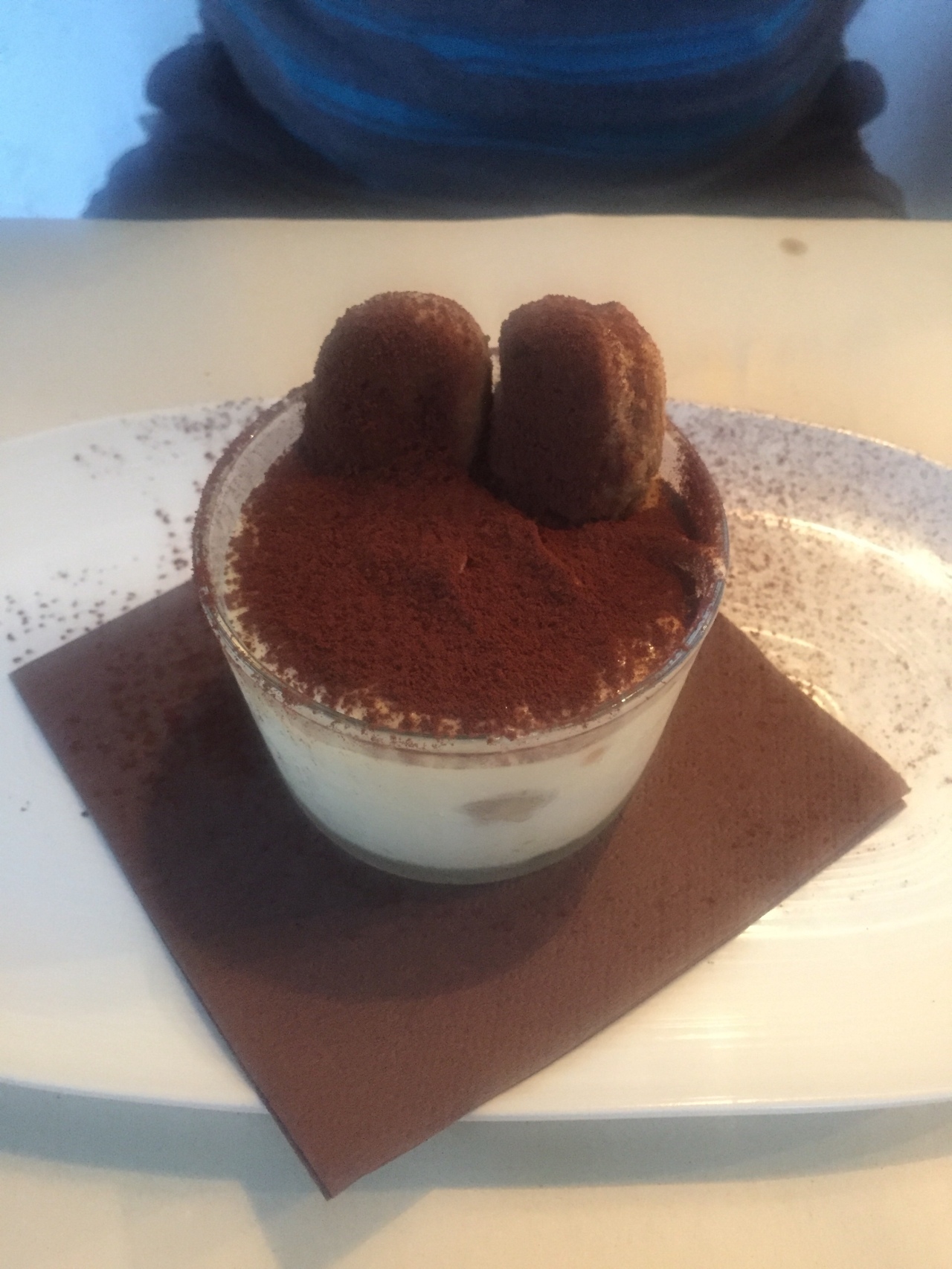 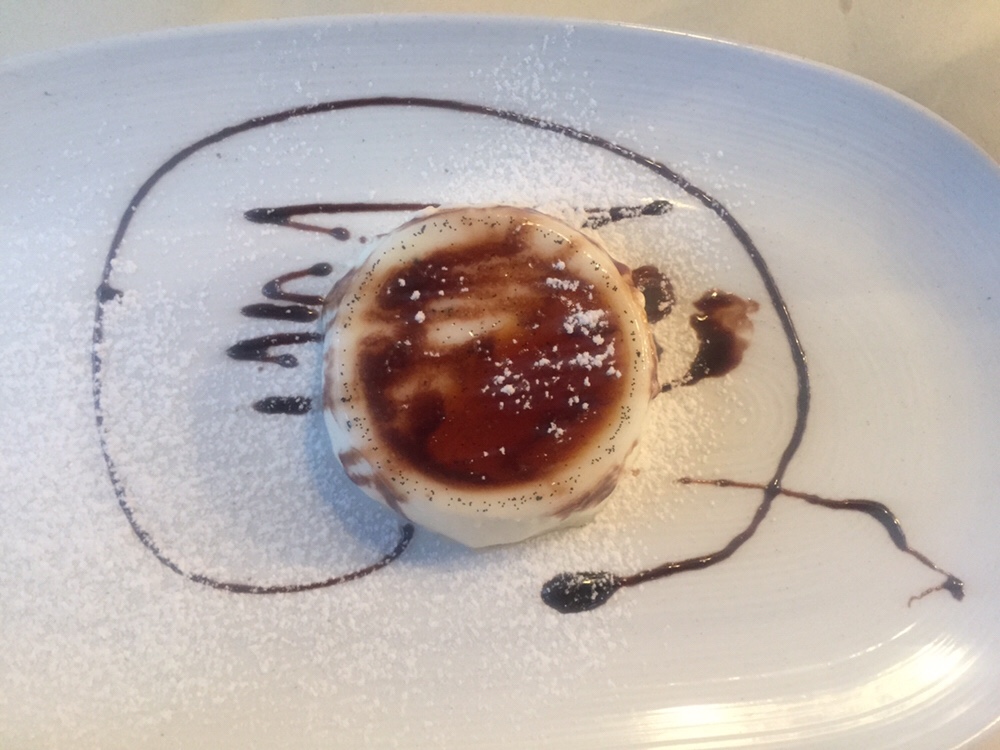 4 thoughts on “Venezia: The City of Bridges”

There was an error retrieving images from Instagram. An attempt will be remade in a few minutes.